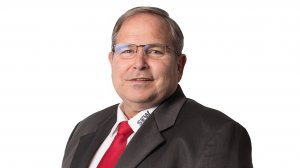 In a struggling economy South Africa’s agricultural industry has been a beacon of hope during 2020. It was one of the few sectors in the country not to buckle as a result of the Covid-10 pandemic and which reported growth both in the first and second quarters of 2020, benefiting in part from the fact that it was classified as essential and continued to operate during the hard lockdown, and in part from high agricultural output across many sectors. The sector also benefited from a weak exchange rate and a growth in exports.

Aided by favourable weather conditions which resulted in good harvests, the country recorded its second largest grain record in history with maize harvests up by 38% year on year. The Agricultural Business Chamber of SA (Agbiz) estimates that maize exports will be up 89% year on year as a result of this bumper harvest.

In addition, the industry reported a good fruit harvest with citrus, in particular, up in terms of available supplies for export. The Citrus Growers Association of Southern Africa expects citrus exports to be up 12% this year. Similarly, apple production is up by 5% and pear production up by 1% compared to last year.

After a prolonged period of drought, good rains in the Western Cape and the prospect of more rain in summer rainfall areas towards the end of 2020 and in early 2021 continues to bode well for production output in the agricultural sector. The Weather Service says it expects above average rainfall for most of the region’s summer rainfall areas which is good news for crop production.

The Bureau for Food and Agricultural Policy predicts that agriculture will grow 13% this year. Agbiz says agricultural exports could increase to more than US$10 billion this year, up from US$9.9 billion in 2019.

This positive sentiment is being carried through to agribusinesses which reports being marginally optimistic about business conditions in South Africa, according to a survey conducted by Agbiz and the Industrial Development Corporation (IDC). The Agbiz/IDC Agribusiness Confidence Index rose to 51 in the third quarter of 2020, indicating expansion in domestic agribusiness activity.

Encouraged by the positive statistics emanating from the industry this year, much has been made of the agricultural sector’s ability to grow the economy and provide jobs. Government, in collaboration with labour, business and civil society stakeholders, is currently finalising a master plan in agriculture and agro-processing. The master plan will focus on aspects such as skills development, job creation, poverty eradication, developing and expanding commercial markets, and promoting inclusive growth. The industry, as a whole, is positive about the masterplan, viewing it as a long-term vehicle for growth.

However, the good news emanating from the agricultural sector needs to be considered in context: the reality is that primary agriculture in South Africa currently constitutes only a small share of GDP and is unlikely to make a meaningful dent in the country’s economic recovery. The local agricultural sector is relatively small, accounting for around 3% of gross domestic product (GDP) and creating approximately 900 000 jobs.

Despite bumper crops, employment figures in the sector are unlikely to have seen growth this year, particularly given that the employment of additional seasonal labour is likely to have been limited as a result of Covid-19 social distancing protocols. Sentiment regarding employment in the agricultural sector fell by two places in the Agbiz/IDC Agribusiness Confidence Index, the lowest level since 2005.

While the agricultural sector may not be large enough to play a significant role in South Africa’s economic turnaround, those in the sector will undoubtedly be encouraged by the fact that the momentum achieved in agriculture growth this year is likely to continue in 2021.