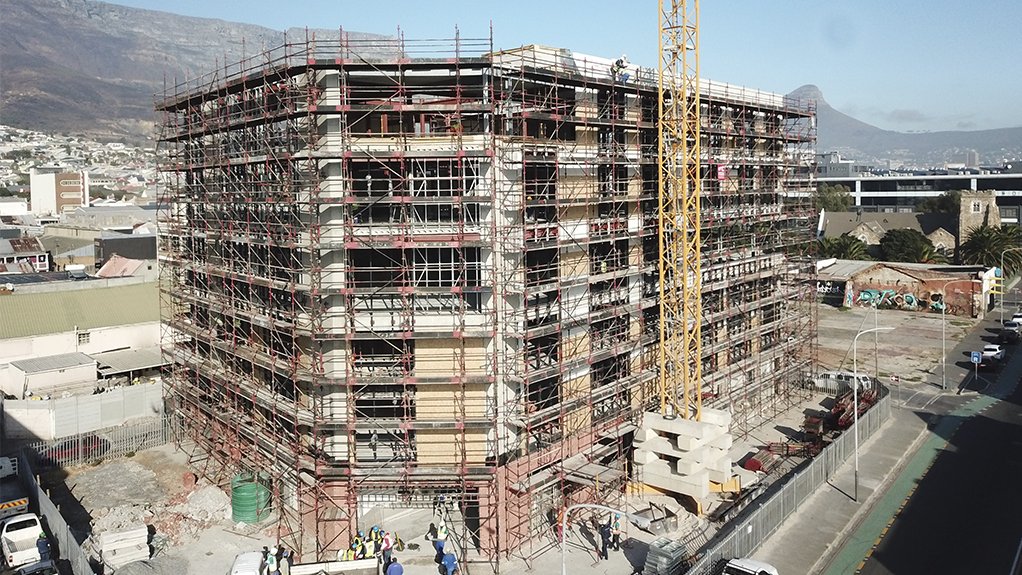 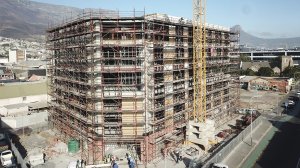 Afrimat, the JSE-listed industrial minerals, commodities and construction material openpit mining company, has released the findings of the Afrimat Construction Index (ACI) for the first quarter of the year.

The ACI is a composite index of the level of activity within the building and construction sectors, compiled by economist Dr Roelof Botha on behalf of Afrimat.

“Following a swift and pronounced recovery during the third and fourth quarters of 2020, the ACI followed a normal seasonal trend by declining marginally in the first quarter of 2021,” says Botha.

“A consolidation of the recovery trend is, however, evident in the increase, albeit marginal, of the four-quarter average, which effectively eliminates seasonal influences.”

Botha adds that it is also encouraging that the ACI has now remained above the base period level of 100 for three successive quarters, after the sharp decline in the second quarter of last year as a result of the Covid-19 pandemic.

“Against the background of the re-introduction of more stringent lockdown regulations during January and February, the index recorded a satisfactory performance during the first quarter of the year, with the latest ACI reading 5.4% higher on a year-on-year basis.

“This comparison eliminates the debilitating effect of the pandemic on construction activity. Hopefully, further progress with mass vaccinations and a decline in the third wave of Covid-19 infections will provide added impetus for a stronger construction sector recovery before the end of the year.”

It is also anticipated that a higher level of construction sector activity would have occurred during the second quarter of 2021.

Botha says that as was the case with several other key economic indicators, including the latest gross domestic product (GDP) figures, a substantial degree of variance occurred between the performances of the indicators that comprise the ACI.

“The ACI recorded an index value of 109 in the first quarter, although only three of the nine constituent indicators recorded positive growth compared to the preceding quarter.”

Between January and March, the quarter-on-quarter change in the ACI amounted to a decline of 5.6%, marginally less than the figure for value added by the construction sector, but fairly close to the decline in real GDP of 4.1% recorded in the first quarter of the year.

“When compared to the first quarter of 2020, however, the ACI outperformed construction sector value added by a considerable margin,” says Botha.

“The latest ACI increased by 5.4% on a year-on-year basis, in contrast to a decline in the real value added by the construction sector of 17.5%.”

Botha also placed a question mark over the size and composition of the surveys conducted by Statistics South Africa (Stats SA) in determining the value added by the construction sector, especially owing to the occasional incompatibility with the ACI, which includes several other indicators of construction sector activity.

“This concern also holds for the Stats SA data on the country’s mining sector, where significant swings have recently occurred in the ratio between sales values and value added. Furthermore, a striking divergence exists between the year-on-year performances of key ACI indicators and Stats SA’s GDP data on construction, as clearly reflected in the table.”

According to Botha, the lifting of most of the lockdown regulations that had been in place during the second quarter of last year, has resulted in a V-shaped recovery for most key sectors of the economy, including construction, although the effects of the pandemic will linger on for much of the year.

“One area of optimism is the significant recovery of the value of building plans passes by the larger municipalities, which traditionally acts as a leading indicator for future building activity.”

Botha remains confident that a further recovery of the construction sector is on the cards during this year, saying that several growth drivers remain in place that promise to boost construction activity.

These include the strengthening of the rand/dollar exchange rate by more than 30% since the beginning of April, last year, which should keep inflation within the Reserve Bank’s target range of 3% to 6%, which, in turn, means that interest rates could remain at their current low levels.

Another positive is the decline of 30% in the cost of mortgage financing (at the prime rate), that has already aided an increase in the value of new mortgage loans, and the

progress made with the implementation of government’s recovery and reconstruction plan, which will be aided by the appointment of a technical advisory team from the private sector to assist with infrastructure expansion.

Botha also points out that several economists expect GDP growth of above 4% during the year, which could provide the momentum required for sustained growth from 2022 onwards.