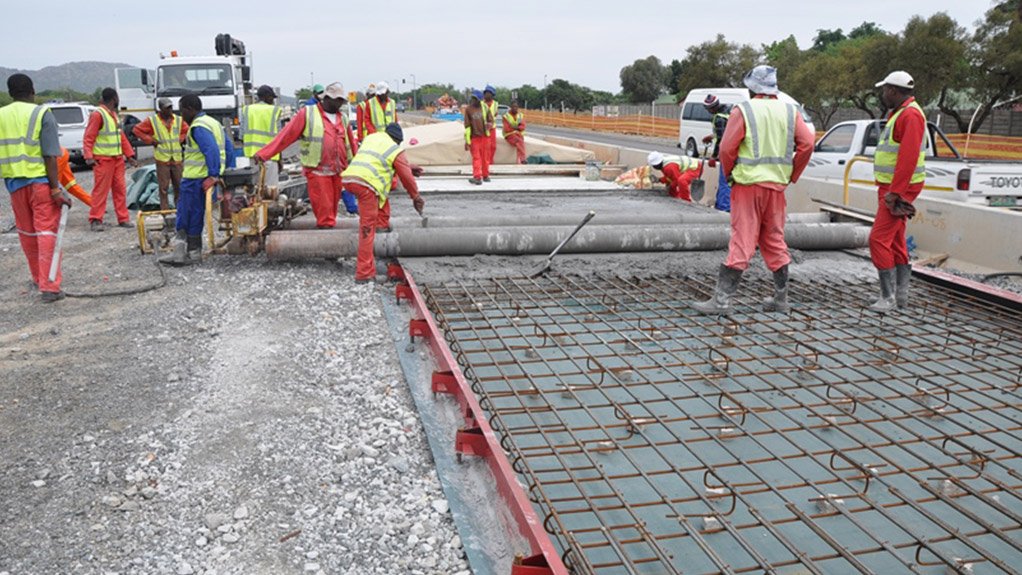 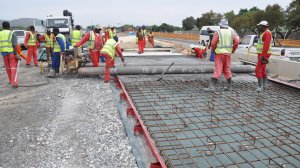 Following a “predictable sharp decline” during the second quarter of 2020, JSE-listed Afrimat’s Construction Index (ACI) has emulated the trend of several key sectors of the economy by staging a swift and pronounced recovery from the worst of the Covid-19 lockdown regulations.

This resulted in the ACI improving to 110.3 points in the second quarter of this year, a rebound of 55% compared with the same quarter last year, mainly as a result of the Covid-induced low base effect, says economist Dr Roelof Botha, on behalf of Afrimat.

Further, 156 000 jobs have been created in construction since the second quarter of 2020.

“Unfortunately, however, the post-pandemic recovery in construction remains incomplete, with the second quarter of 2021 still lagging the same quarter in 2019 by 6.8%.”

He adds that there is little doubt about the dampening effect on construction activity resulting from the ongoing lockdown regulations and the long duration of a high Covid-19 infection rate during the third wave.

“Hopefully, progress with vaccinations, combined with restrictions on so-called ‘superspreader’ events, will soon lead to a business environment that is more conducive to the labour-intensive nature of construction sector activity.”

Botha further notes that, fortunately, the higher level of construction sector activity that was foreseen in the ACI results of the first quarter of this year have materialised, with seven of the nine constituent indicators having recording positive quarter-on-quarter growth.

“This is a significant improvement on the first quarter of the year, when only three of the nine constituent indicators of the ACI recorded positive growth quarter-on-quarter. The ACI has now remained above the base period level of 100 for four successive quarters.”

He is also confident that a further recovery of the construction sector is on the cards this year, saying several growth drivers remain in place that promise to boost construction activity.

These drivers include the damage caused to buildings and infrastructure during the unrest that occurred in parts of KwaZulu-Natal and Gauteng in July, which will “undoubtedly trigger substantial construction sector activity during the rest of the year”.

In addition to repair work, many of the retail centres and individual shops that were victims of the looting will upgrade their security and access control systems, which will further boost activity in construction.

In recent months, inflation has started to decline again and remains well below the upper end of the South African Reserve Bank’s inflation target range, which means interest rates could remain at their current low levels into 2022.

The decline of 30% in the cost of mortgage financing at the prime rate has already aided the return to higher house prices, as well as an increase in the value of new mortgage loans.

Further, two authoritative gauges of business confidence have recorded an immediate recovery from the decline that followed the July unrest. The Absa/BER Purchasing Managers’ Index (PMI) for the manufacturing sector has returned to above the neutral 50-point level and the IHS Markit PMI, which covers the manufacturing and the services sectors, has rebounded from 46.1 in July to 49.9 in August.

Botha points out that several companies with a strong foothold in the construction sector value chain have recently posted impressive financial results. Examples include JSE-listed Cashbuild and Murray & Roberts, the latter having indicated that its order book had reached a new record of R60.7-billion.

“However, all eyes will now be on government’s Economic Recovery and Reconstruction Plan, which has been rather slow out of the starting blocks. The new Finance Minister recently summed up the sentiment in the industry by stating that there should be less debate around economic growth and more action.

“Hopefully, further relaxation of lockdown regulations and the tax bonanza that has been reaped on the back of record mining sector profits will contribute to speedier implementation of this plan, which is closely aligned with the ambitious R340-billion infrastructure plan.”

Afrimat CEO Andries van Heerden, meanwhile, comments that positive economic momentum is being felt within the group, albeit slowly.

“As a group, the diversification strategy we embarked on a few years back continues to assist Afrimat through the troughs as well as the highs of both business and commodity cycles. The move deeper into the ferrous metal value chain is beneficial due to demand from global infrastructure spend, primarily driven by China.”

He says his fervent wish for South Africa is that there is now clear momentum and commitment from government to accelerate much-needed infrastructure projects, which business is ready to execute on.

“In the case of Afrimat, we are extending an invitation to government to call on us to jointly execute and build critical skills shortages to ensure infrastructure needed for the country is in place and maintains the high standards our infrastructure was once known for.”