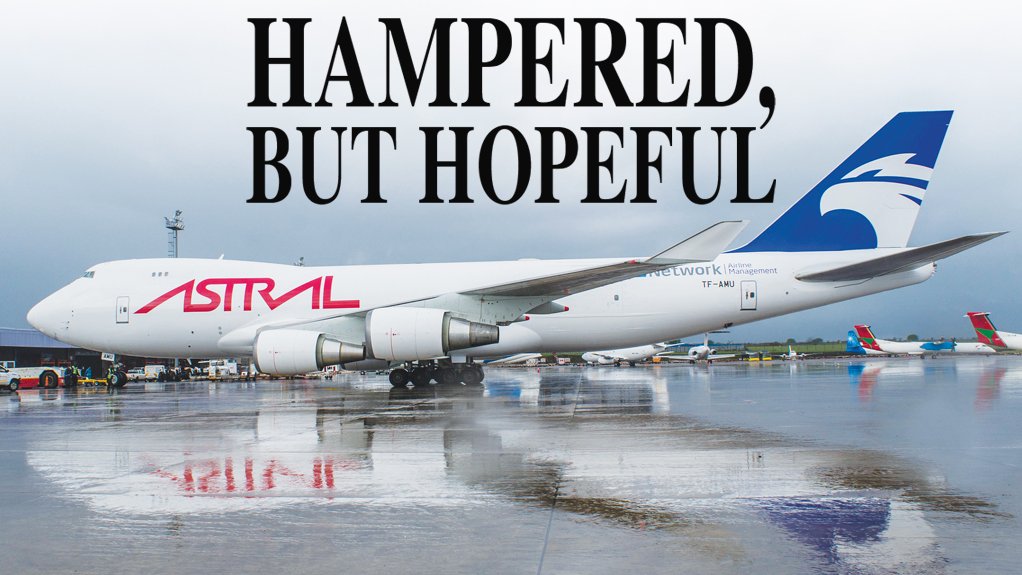 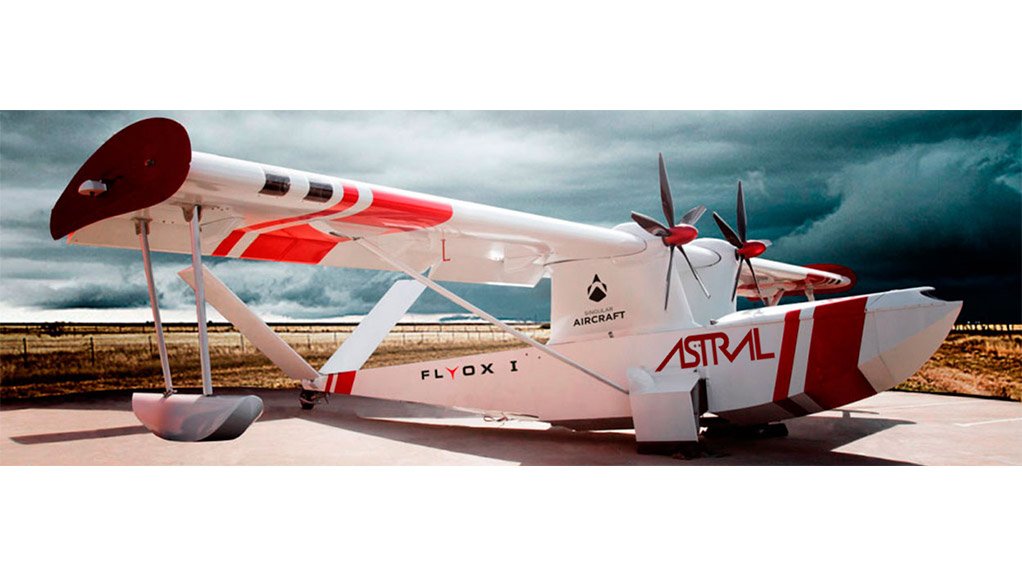 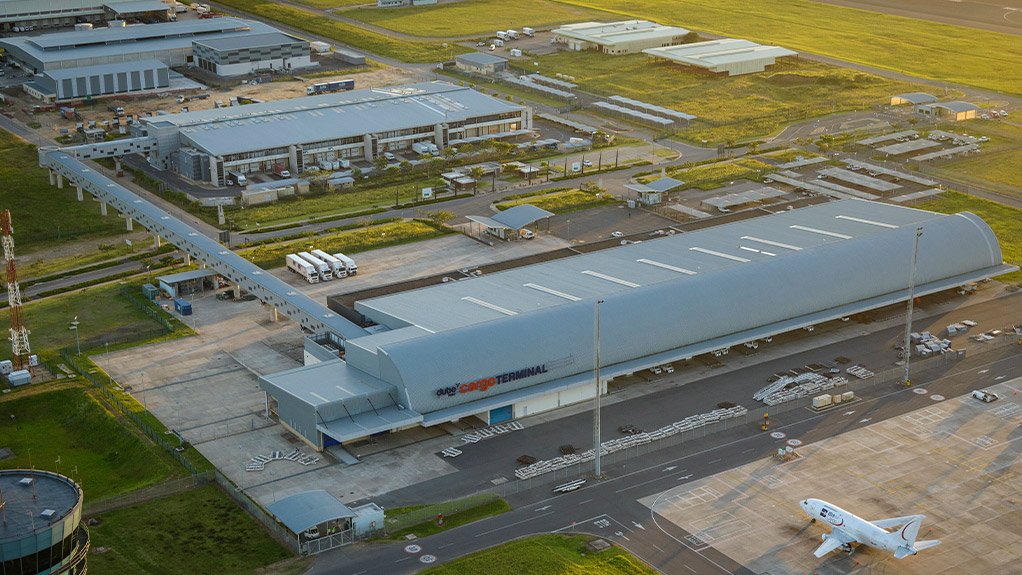 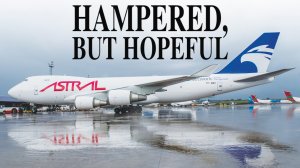 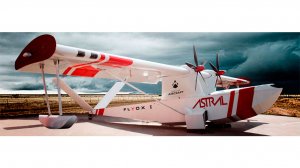 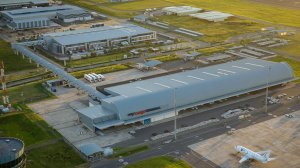 In early February, the International Air Transport Association (Iata) released its global air freight data for the whole of 2018. Although worldwide demand, measured in freight (metric) ton kilometres, rose by 3.5%, compared with 2017, it was far below 2017’s 9.7% growth. In addition, demand softened towards the end of the year, as global trade weakened, consumer confidence declined, trade tensions continued and some governments continued with protectionist measures.

“This was significantly less than the 9.4% decrease the previous month. Capacity increased 4.9% year-on-year. It’s worth noting that seasonally adjusted international freight volumes, despite being 7.7% lower than their peak in mid-2017, are still 50% higher than their most recent trough in late-2015. Annual growth in freight demand among African carriers in 2018 decreased by 1.3% and capacity grew by 1%,” Iata Cargo head Glyn Hughes tells Engineering News.

“Africa accounts for only 1.7% of global air cargo, yet Africa has 15% of the world’s population. Nevertheless, in Africa, in general, air cargo development over the past few years has been tremendous, although it is still not achieving its full potential. But we have been most encouraged by the investments carriers are making in infrastructure and aircraft, especially as most African air freight is what we call special cargoes – such as perishables. Air cargo is the primary mode of transport for fresh flowers and fresh vegetables to Europe and Asia.”

A problem with the transport of perishables is, however, spoilage, he points out. This can amount to 20% of a shipment, across the entire supply chain from the point of production to the overseas super market. Spoilage increases costs. This problem is by no means restricted to Africa, and Iata has developed a global programme, the Centre for Excellence for Independent Validation (CEIV), to help reduce perishable air cargo spoilage around the world. The CEIV involves the airfreight industry and producers (whether of food, flowers or pharmaceuticals) and sets standards for the storage and transport of these products, while ensuring compliance with the required regulations. The programme also certifies those companies meeting these standards. It has already had a significantly beneficial effect regarding the air transport of pharmaceuticals.

Yet problems remain, hampering the development of the continent’s air cargo sector. By far the biggest constraint is difficulties with customs procedures and agencies. In general, they are slow to process cargoes. Among other things, this prevents ecommerce from properly developing in Africa. Thanks to modern technology, faster processing of cargoes does not reduce safety or security, and most of the world’s other regions enjoy significantly faster customs processes.

Another issue is the lack of intra-African trade. The development of an African free trade area would give a great stimulus to the development of the African air freight sector. Currently, Hughes notes, Africa has a relatively low cargo load factor of 38.1%, with only the Latin American region having a lower such factor (29.1%). The cargo load factor for the Asia Pacific is 54%, for the Middle East 48.8%, for North America 41.4% and for Europe 56.7%.

High overflight and landing charges in Africa do not help either. It is more expensive to fly in Africa than in any other region. The continent needed an appropriate regulatory environment and air transport charges that stimulated, rather than discouraged, aviation and innovation.

“African governments should be more active in identifying opportunities to play a bigger part in global value chains,” he urges. “Kenya and Ethiopia recognise the value that the air cargo flower traffic brings to their economies. So they have efficient clearance procedures in place. They encourage the development of the traffic, incorporating the flexibility to deal with short-term markets – for example, allowing extra aircraft movements to meet the demand for Valentine’s Day.”

Europe remains Africa’s biggest air cargo market, reports Boeing Cargo Commercial Airplanes regional director for marketing Russell Tom. More than 50% of African air cargo goes to Europe, with East Asia taking 16%. But East Asia is Africa’s fastest-growing market, at an average rate of 7% a year over the past ten years, and it is expected to continue to grow rapidly, at a forecast rate of some 6% a year over the next 20 years.

A lot of that freight is carried by non-African operators. “But the air freight sector in Africa has a lot of potential,” he stresses. “It is definitely an area that is going to grow and develop. There is potential for African operators to expand their share, especially if the Single African Air Transport Market (SAATM) is implemented. That will help develop the intra-African air cargo market. Currently, intra-African traffic accounts for just 8% of total African air freight.” And this 8% share is the result of rapid (12%) growth in intra-African air cargo, spread over the two years 2016 and 2017.

Boeing produces both new-build freighter aircraft and converts former passenger airliners into freighters, and has certified a number of other companies around the world to convert Boeing airliners into freighters. New-build freighters are designated with the suffix F, while original-equipment-manufacturer conversions are assigned the suffix BCF (for Boeing Converted Freighter). Its current new-build freighter line is composed of the medium wide body, the 767F (with a payload between 40 t and 80 t, depending on the range required), and the large wide bodies the 747-8F and the 777F (with payloads of more than 80 t). Boeing 737-800s and 767-300ERs are available as conversions (with payloads of up to 52 t). Last year, the aerospace group received orders for 83 new-build and 41 converted freighters, a total of 124 worldwide.

“Far and away our biggest customer in Africa for freighters is Ethiopian Airlines,” says Tom. “They ordered ten 777Fs, of which nine have been delivered so far. They have also ordered some 737-800SFs.”

Another African customer for Boeing freighters is Kenya’s Astral Aviation, which operates three 747-400Fs and one 737-400 freighter conversion, one 727 freighter conversion and two DC-9 freighter conversions (DC-9s today also fall under the aegis of Boeing). Astral’s seven-aircraft fleet is completed by a Fokker 27 twin turboprop freighter. Astral was set up in 2000 as a purely air cargo operator, operating out of its hub at Nairobi’s Jomo Kenyatta International Airport. It is majority-owned by Kenyans, with a minority UK shareholder.

“We’ve had positive growth every year,” enthuses Astral CEO Sanjeev Gadhia. “We get a lot of support from the Kenyan authorities and agencies, because we are effectively promoting the country and that is their objective too. Around Africa, we fly mobile phones, medical products, ecommerce goods, mining and oil and gas equipment and, for the humanitarian sector, food. Kenya is a really good hub – we are surrounded by trouble, which creates lots of opportunities to fly cargo. The Democratic Republic of Congo is proving to be a very fast-growing market, followed by South Sudan and Somalia – all countries recovering from bad wars. We have applied to fly to South Africa and, if that is approved, we would start doing so later this year.”

But the airline faces the usual problems of operating in Africa, he cites. These include the high costs of aviation across the continent, because of the high charges and fuel prices imposed by many countries and airports, and the lack of air transport liberalisation in Africa. These are obstructing the development of Africa’s own air cargo sector.

But, in one important area, Africa offers real leading-edge opportunities. “Africa is one of the leading areas of the world for experimentation in the use of unmanned aerial vehicles (UAVs, or drones),” highlights Hughes. “This is because of the underdeveloped road and rail networks in Africa. Drones could be used for more than just ‘last-mile’ delivery; in Africa, for example, you could have larger drones carrying smaller drones over longer distances, and then releasing them to do their different last-mile deliveries.”

“We are the first airline in the world to launch a commercial cargo drone service for people who are disconnected,” highlights Gadhia. “We will use cargo drones to give rural people faster deliveries than trucks can provide. We currently have one UAV with a cargo capacity of 2 t, and one with a capacity of 500 kg. We will start operations once Kenya promulgates its UAV regulations, which should be by the middle of this year. We expect the regulations to be favourable to drone operations, but perhaps to favour drone operations by airlines.”

Air cargo, especially international air cargo, is the very reason for the existence of South Africa’s Dube TradePort, at Durban’s King Shaka International Airport, in the province of KwaZulu-Natal. “The core of our concept revolves around air cargo and air services,” explains Dube TradePort AgriZone and Cargo Terminal executive Mlibo Bantwini. “Our customers know they can get their products to market with speed. Air cargo is faster and more secure. The air services make everything work – they make the property offering more attractive. We really fit in with global trends, where airports are magnets for development, and land around airports is of prime business interest.”

The Dube TradePort is a Special Economic Zone and owns 3 800 ha of land, as well as land that is owned by a joint venture between it and Airports Company South Africa. The TradePort’s property is divided into specialised zones. These are – Dube City, for hospitality (hotels) and office buildings for businesses; the AgriZone, where fresh vegetables, flowers and other agricultural products are grown, harvested, and packed for air transport; the Dube TradeZone, for light industry enterprises that use air cargo in their supply chains, such as electronics and pharmaceuticals, but also automotive sector companies; and the air cargo terminal itself. Although the TradePort built some of the first buildings in these zones itself, private-sector investors are more and more constructing their own buildings, allowing the TradePort to focus on developing the bulk infrastructure and providing serviced stands to investors.

“One of our unique offerings is that we have not had any losses in our air cargo terminal since we opened,” highlights Cargo Terminal manager Ricardo Isaac. “No theft, no pilferage. Cargo shippers know their cargo is safe and secure with us.”

The TradePort has enjoyed cumulative investments of R3.2-billion over the past five years, and has enjoyed steady growth. The AgriZone is now fully occupied and development of Phase 2 has started, with the environmental-impact assessment having been approved.

Half of KwaZulu-Natal’s air freight is now passing through the TradePort’s cargo terminal. International air cargo is despatched and received by the following operators – Airlink (to Mozambique), Air Namibia, Air Mauritius, British Airways, Emirates Airline, Proflight (to Zambia), Qatar Airways and Turkish Airlines. The start of services to King Shaka by Turkish Airlines, Ethiopian Airlines and Qatar Airways in 2016 saw the Dube TradePort’s air cargo volumes jump by 25% in that year alone. In 2018, volumes grew by another 26%. “Very impressive, given the state of the economy,” observes Isaac. “We’re attracting a lot of the traffic that used to be trucked up to Johannesburg and flown out of there. We’re actively pursuing the dedicated freighter aircraft marker as well. We have overhead gantry cranes, and are the only airport in Africa with these. They would especially serve charter operators. Our dedicated cargo facility can handle everything up to and including outsize cargo.”

Air cargo to other African countries is “fairly steady”, he reports, at about 1 200 t/y. But strong growth in this sector is dependent on the proper implementation of the SAATM and the African Continental Free Trade Area. “We aim to tap into these other African markets as well.”