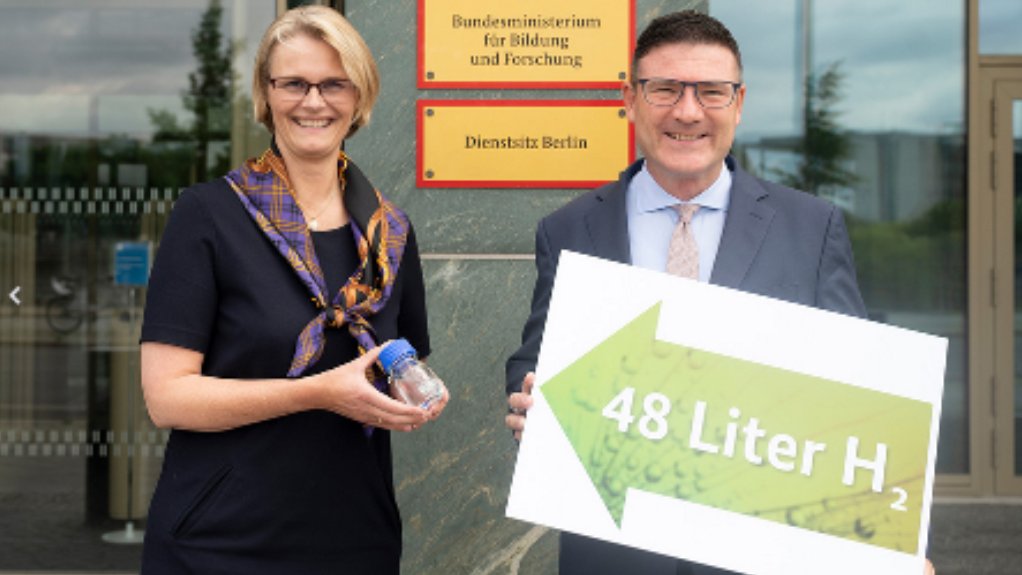 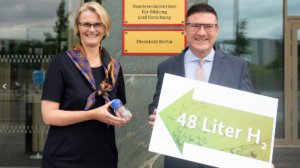 JOHANNESBURG (miningweekly.com) – The establishment of an African hydrogen economy based on renewable energy can provide important impetus in the Southern African region and offer new perspectives, especially to young people.

Roevekamp's view dovetails with that of South Africa’s Mapungubwe Institute for Strategic Reflection (Mistra), which stated during its fifth yearly platinum group metals (PGMs) roundtable held earlier this month that South Africa has considerable potential to lead the hydrogen economy and leverage its large resources of PGMs, which are used in efficient electrolysers that generate green hydrogen and also in the fuel cells that turn the green hydrogen into clean electricity that already drives cars, trucks, buses, trains and is emerging to also power ships and planes.

Describing energy poverty as one of the greatest obstacles to sustainable development on the African continent, Roevekamp stated in a written response to Mining Weekly that the first results of the BMBF-funded Green Hydrogen Atlas-Africa project were expected in the next few months.

“Green hydrogen is an all-rounder. It can serve as fuel and be transformed into valuable base chemicals. It can help with decarbonising all sectors – industry, mobility, households.

“If the national demand is covered, green hydrogen and its derivatives could be exported, thus propelling Southern Africa’s economy even further. This will significantly improve the living conditions of the local population," Roevekamp stated.

“These are the foundations on which we will build our future in a changing world. Thanks to excellent research in Germany, we are finding solutions to global problems and devising strategies for sustainable growth. The aim is to make Germany a leader in providing scientific and technical solutions to the challenges in the fields of climate/energy, health/nutrition, mobility, security and communication.

“Our funding finances outstanding research facilities and infrastructures and helps to transpose cutting-edge energy research into practice. We promote and fund technologies for the production, storage, transport and usage of clean energy. Recently, we have started providing research funding for key enabling technologies and new approaches that cover the entire hydrogen value chain – from generation and storage, transport and distribution all the way to application," Roevekamp stated.

Together with local expert teams from science, industry and politics, German researchers are analysing the climatic, political, social, infrastructural and economic conditions for the production, transport and use of green hydrogen in 31 countries in Western and Southern Africa.

The first results available will form a basis for regional, transnational concepts and joint demonstration projects on green hydrogen made in Africa.

“We already had fruitful discussions with stakeholders in Southern Africa. BMBF is willing to invest in joint demonstration projects to build use-cases on the production, storage and utilisation of green hydrogen," Roevekamp added.

At the Mistra roundtable, South Africa's Department of Science and Innovation power director Cosmas Chiteme said that, from government’s perspective, building a PGMs industry social compact was being pursued as part of the hydrogen society roadmap (HSRM) development process, with work having started early this year.

In contextualising the hydrogen economy, he noted that there was no shortage of policies supporting the green economy and, therefore, the route needed now for the hydrogen economy was to leverage these policies and find linkages between them, while also identifying gaps that need to be filled to move forward in a more coherent way.

Chiteme enthused that there was support for this at the highest level of government, citing South African President Cyril Ramaphosa’s State of the Nation Address in 2019, during which he said: “We must increase the contribution of renewable and clean energy to our national energy mix and explore the potential of the hydrogen economy.”

He called for a move away from business as usual, to value-added business.

In this regard, Chiteme noted that South Africa possessed 75% of global platinum reserves and that there was an opportunity to increase revenue by adding value to this resource.

Looking at the country’s hydrogen journey thus far, Chiteme noted that it was indicative of the nature of innovation journeys, which took time, effort, political will, leadership and commitment.

He painted a story of its beginnings in 2007, when Cabinet approved the National Hydrogen South Africa research and development strategy, milestones and developments over the proceeding years, all the way up to this year, when work started on the high-level HSRM. The purpose of the HSRM is to align stakeholders around a common vision on hydrogen-related technologies in order for the country to create an environment where investment decisions can be made to unlock the socioeconomic benefits that can accrue through its implementation.

Why is green hydrogen attracting so much world attention?

What is so intriguing about green hydrogen is that, in contrast to other types of hydrogen, renewable energy is used for the generation process called electrolysis. You don’t need fossil fuels or carbon dioxide-emitting processes. All you need to produce large amounts of green hydrogen is water, large electrolysers and plentiful renewable energy sources such as wind, solar or hydropower. Green hydrogen thus has a very low carbon footprint. The only carbon emissions are from those embodied in the generation infrastructure. Green hydrogen can therefore effectively decarbonise processes and economies thus having a huge effect on climate protection activities.

What would make it possible for Southern Africa to migrate from being a net importer of energy to becoming a net exporter energy?

Political will and a regulatory government framework are crucial in incentivising renewable energy and green energy. Are the governments of Southern Africa responding the clean energy opportunity?

Many Southern African governments have realised the potentials of green energy and are acting on it. Many have issued respective policies and roadmaps to pave the way ahead.

Very recently, the Federal Commissioner on Green Hydrogen Dr Stefan Kaufmann visited Namibia and South Africa to talk to stakeholders about possible joint projects. The response was overwhelming. Many stakeholders from politics, science and the economy showed impressive commitment to take the opportunities green energy is offering.

What should be done at private sector level to stimulate the development of green energy for the industrial, agricultural, commercial, residential, transport and water sectors?

The private sector needs security to invest. This is something national policies and governments can supply best.

When will young Southern African scientists be chosen for the ‘seeing is believing‘ green hydrogen experience in Germany?

We have recognised the potential of young Southern African scientists and entrepreneurs. We can learn a lot from each other. This is why we set up a mobilisation programme to enable scientific exchange as well as a joint call on hydrogen-related research and development projects in the region. We would like to team up with hydrogen specialists in Southern Africa to tackle the change to a hydrogen economy together.

Earlier this year, seven prototype containerised hydrogen fuel cells, produced by South African hydrogen energy company Bambili Energy, which is headed by CEO Zanele Mavuso Mbatha, were used to power 1 Military Hospital in Pretoria, as part of the government’s response to the Covid-19 pandemic. Bambili produced five of the fuel cells in a technology partnership with Singapore company Horizon and US enterprise Element One, and two of the fuel cells in cooperation with Powercell Sweden. Hydrogen fuel cells produce electricity by means of a chemical reaction, using hydrogen as the basic fuel, together with platinum-based catalysts. The field hospital fuel cell initiative was supported by Air Products, Protea Chemicals and Sasol, as part of a public-private partnership.