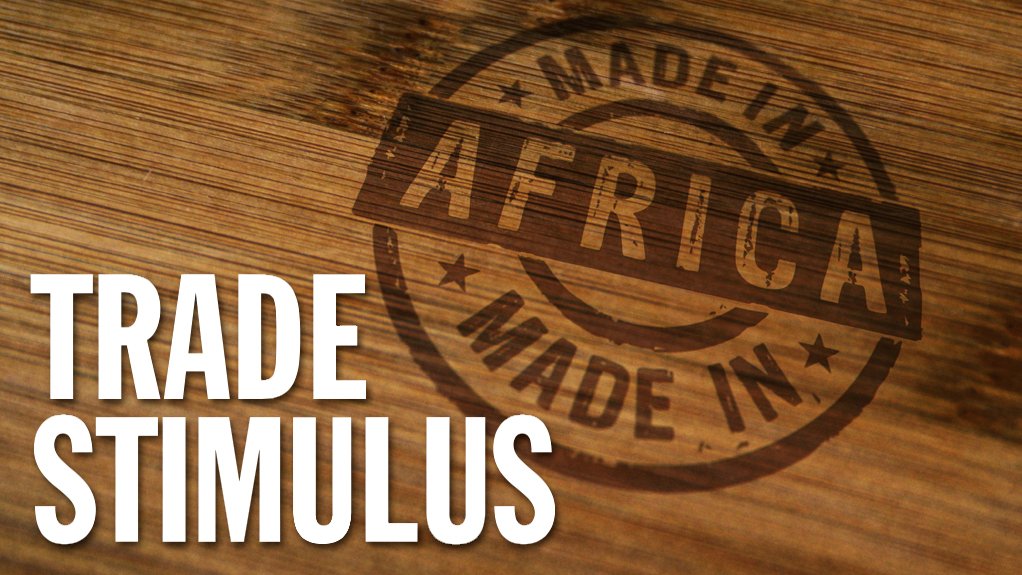 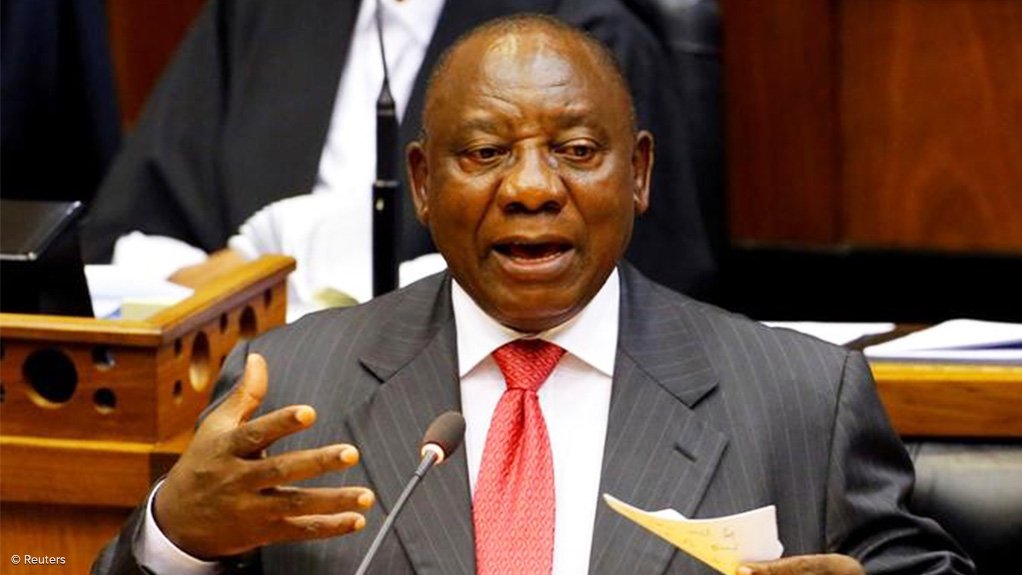 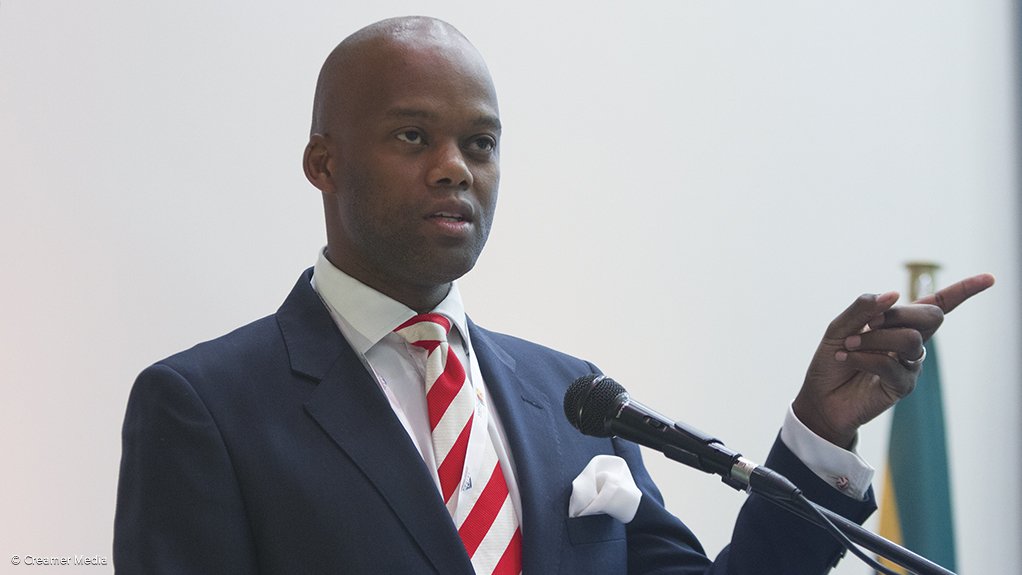 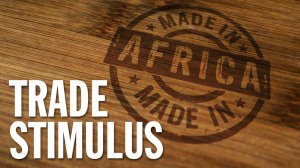 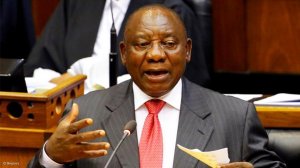 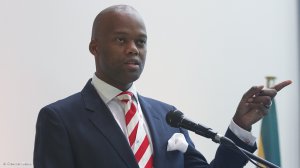 Photo by Reuters
CYRIL RAMAPHOSA AfCFTA brings with it the promise of new beginnings and increased opportunities for the continent
Photo by Creamer Media
WAMKELE MENE Market integration is not easy. In Europe, it has taken close to 70 years to reach the current depth of regional economic integration

The advent of duty-free trade within the African Continental Free Trade Area (AfCFTA) has come at a “critical time for the global economy” and will ultimately boost sustainable post-Covid-19 economic recovery for the African continent, AfCFTA Secretariat SG Wamkele Mene said during his address at the Southern Africa European CEO Dialogue, held in November.

Trading under AfCFTA has been effective as of January 1, with the implementation date having been delayed by six months, owing to Covid-19-related challenges. However, Mene believes this timing may prove beneficial in terms of a post-pandemic recovery.

“This is Africa’s opportunity for rapid economic recovery, post Covid-19. Other parts of the world are able to provide significant stimulus packages to reignite dynamism into their economies, to assist small, medium and microenterprises. The US has provided close to $6-trillion in stimulus aid, while the European Union has provided about €800- billion. Not a single African country is able to match that.

“The best chance that we have as Africans at economic recovery is implementing this agreement, such that trade becomes the driver of Africa’s economic recovery and becomes a significant contributor to African growth, year-on-year, from 2021 onwards,” he commented.

‘The African Continental Free Trade Area: Economic and Distributional Effects’, a World Bank report published in July last year, notes that the AfCFTA will create the largest free trade area in the world – if measured by the number of countries participating.

“The pact connects 1.3-billion people across 55 countries with a combined gross domestic product valued at $3.4-trillion. It has the potential to lift 30-million people out of extreme poverty. As the global economy is in turmoil, [owing] to the Covid-19 pandemic, creation of the vast AfCFTA regional market is a major opportunity to help African countries diversify their exports, accelerate growth and attract foreign direct investment (FDI).”

As reported by independent newspaper Daily Maverick last month, sufficient negotiations had been concluded before January 1 to enable trade in products for those African States that had already agreed to the rules of origin and for those countries that had ratified the agreement and had submitted tariff drawdown offers.

The article quoted Trade, Industry and Competition Minister Ebrahim Patel, who said that the member States had also aligned their customs procedures and agreed on the rules of origin for about 81% of total tariff lines.

Fifty-four of the 55 African States had signed the AfCFTA and 34 had ratified it.

Patel told Daily Maverick that leaders at the virtual African Union (AU) summit had decided that countries should ratify the AfCFTA and submit their tariff offers by the end of June this year. That is also the deadline for finalising the negotiations on the rules of origin for the remaining 19% of tariff lines, and for countries to submit offers for liberalising trade in five key services areas – business services, communications, finance, tourism and transport.

The leaders also agreed to give member States until December 31 this year to submit their offers in the remaining seven service sectors and to give priority to liberalising the health and education service sectors because of the demands created by the Covid-19 pandemic.

World Bank trade and investment consultant Anabel González also noted the importance of concluding Phase 1 negotiations at a December 4 webinar hosted by the African Development Bank (AfDB) and the Korea Customs Service. She made several suggestions in this regard.

“In concluding the negotiations for tariff schedules, it would be important to limit product exceptions and prioritise for early liberalisation: Critical medical goods – given their importance in fighting the pandemic – food staples, inputs and intermediate goods (which should benefit from the elimination of most favoured nation tariffs), as well as prioritise products that can provide a natural ladder for diversification.”

She noted that, when finalising rules of origin, countries should agree to simple and liberal rules to reduce costs. She cited the example of the Regional and Comprehensive Economic Partnership, a free trade agreement between Asia-Pacific nations, in which members agreed to one common rule of origin and a unique certificate of origin to ship products between member States.

González noted that a reduction in red tape and the simplification of customs procedures are crucial. Similarly, a reduction in nontariff barriers, by harmonising regulatory measures and building specialised capacity in trade- related public-sector institutions (such as trade Ministries and customs agencies) to foster alignment, effectiveness and interagency coordination, would also facilitate increased trade.

In terms of Phase 2 negotiations, she suggested fast-tracking certain aspects, including the AfCFTA Investment Protocol, and negotiations on digital commerce.

“If Africans are to benefit, consumers, small traders and producers must be at the heart of the AfCFTA.” As such, countries must reduce bottlenecks that hinder trade along food supply chains, implement and simplify trade regimes for small-scale traders across borders – similar to the regimes in place in the East African Community and the Common Market for Eastern and Southern Africa – strengthen national export promotion agencies, create capacity to meet regulatory safety and technical standards, as well as improve competition policy and institutions.

“It is important to complement the AfCFTA with policies and investments to facilitate visa-free movement of businesspersons, improve the transport corridors and logistics, and expand access to energy, particularly renewable energy.”

Meanwhile, given the recent delays at the Beitbridge border post between South Africa and Zimbabwe, the World Bank’s 2020 observation that “the pandemic has laid bare the deficiencies in trade facilitation and border management procedures” highlights how crucial replacing the “patchwork of regional agreements” and the streamlining of border procedures are, in terms of delivering optimal benefit from the AfCFTA.

The Importance of Digital

Mene was one of many people touting the importance of a “clear digital strategy” in the days leading up to the virtual AU Summit. AfDB president Dr Akinwumi Adesina, speaking at the Virtual 2020 International Forum on African Leadership last month, noted that Africa must further accelerate the development of digital infrastructure.

He commented: “We must rethink infrastructure and for a ‘Digital Africa’. As economies recover, the world will become more digital. People, businesses, financial institutions and governments have to rapidly adjust to this new normal.

Trade Law Centre for Southern Africa executive director Trudi Hartzenberg, speaking at the AfDB-hosted webinar, echoed this sentiment, adding that the Programme for Infrastructure Development in Africa has taken on new significance in the current context, as countries need to factor fibre, satellite and other digital infrastructure into their development plans to bridge the digital divide.

Hartzenberg noted that the push towards digitalisation, in light of the pandemic, in terms of adapting the way in which we work, produce and consume must extend to trade facilitation, citing how e-certificates and e-payments, which were popularised during the pandemic through necessity, must inform the way African businesses operate in the future.

South African President Cyril Ramaphosa, in his closing statement at the virtual AU Summit, noted that the AfCFTA brings with it “the promise of new beginnings” and increased opportunities for the continent.

He added that, if it is to succeed, “we have to renew our collective commitment to realising the aspirations of Agenda 2063, and not waver in our resolve to meet the Sustainable Development Goals by the end of this decade. Progress will not be achieved without economic development, and the economic integration of Africa through the AfCFTA must now be our most important collective task”.

“Looking to international best practice and in seeking to correct mistakes that we have observed in other parts of the world, we know that full implementation will take a long time, but we are determined to do it,” Mene noted in his dialogue address.

There are several issues pertaining to implementation, notwithstanding the ever-present concerns relating to transport and electricity infrastructure. However, much of the work of integration was addressed during the establishment of the regional economic communities. Further, the level of political will and the many economic crises caused by Covid-19 have provided an unprecedented impetus for this trade instrument, which may lead to its success.