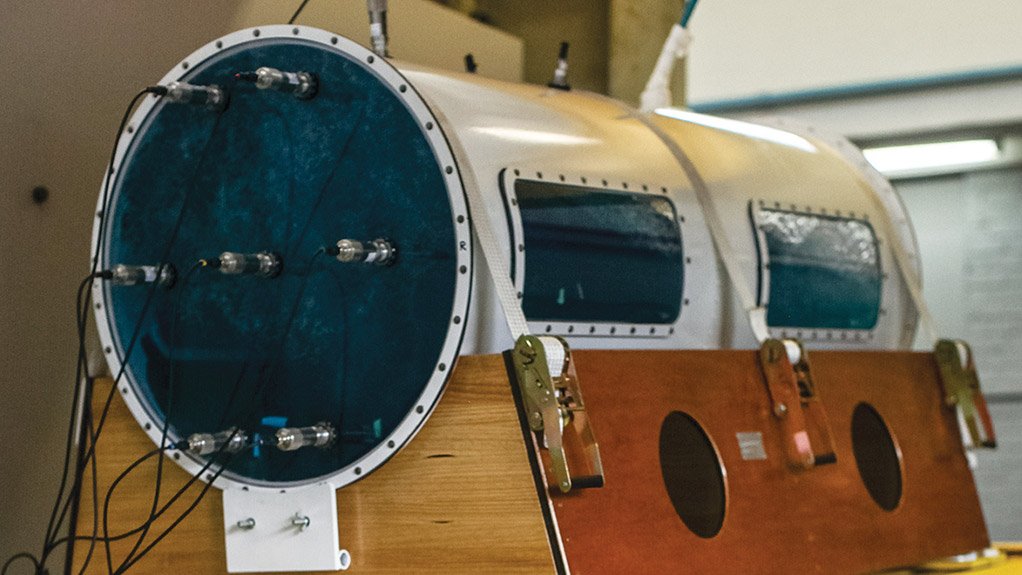 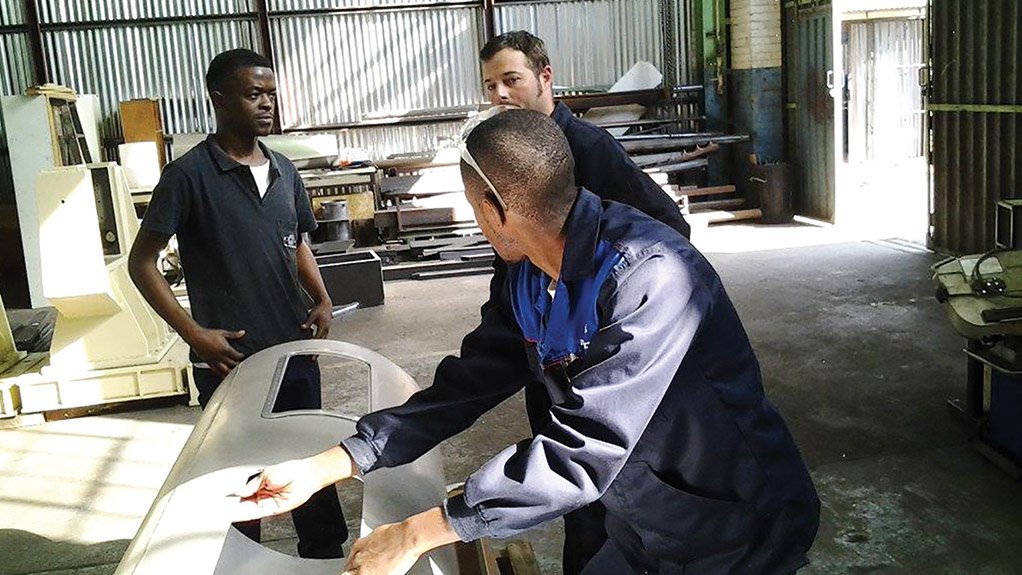 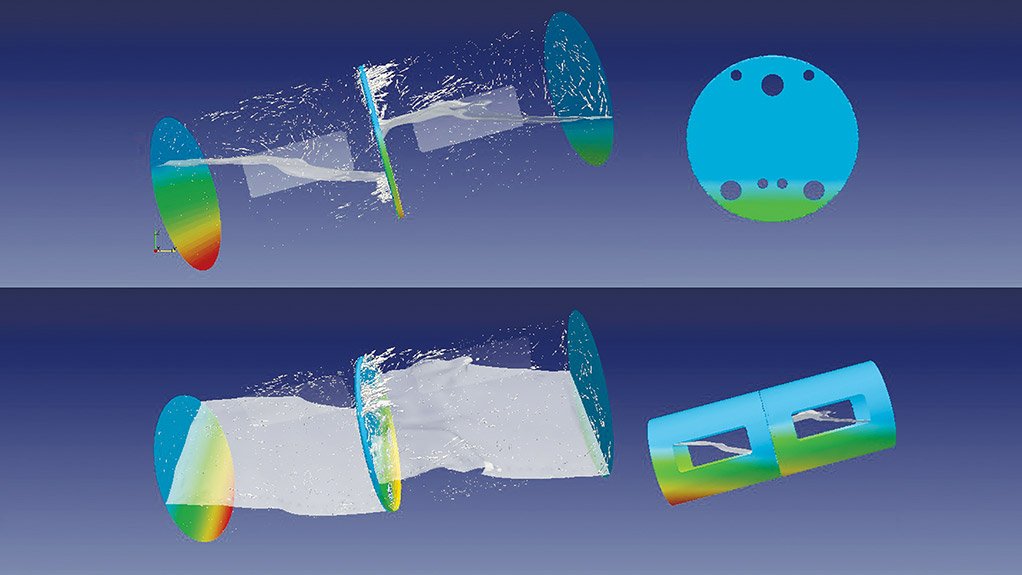 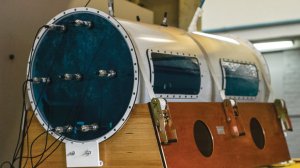 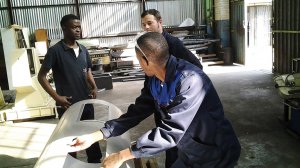 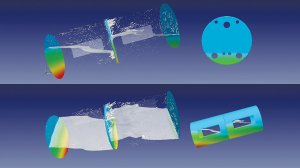 The Aerospace Industry Support Initiative (AISI) - managed by the Council for Scientific and Industrial Research (CSIR) and funded by the Department of Trade and Industry (the dti) - has renewed its focus on its Supplier Development Programme (SDP), consequently allocating more resources to the programme, in addition to establishing and operating a pilot incentive scheme.

The SDP, as one of five programmes developed by the AISI, aims to provide mechanisms that enable small, medium-sized and micro-enterprises (SMMEs) to improve their competitiveness and productivity, thereby also increasing their ability to access the global supply chains.

AISI project manager Dr Prinal Naidoo says this renewed focus is because of the SDPís overall success in aiding SMMEs in the aerospace manufacturing sector, which, in turn, led to the dti’s increasing its investment in the SDP.

He explains that the five programmes are allocated a percentage of the AISI investment fund, depending on the needs of the industry, the success of the programme and the mandate from the dti. Based on these criteria, the AISI has increased the SDPís
share from 24% in the 2014/15 financial year to 49% in the 2015/16 financial year.

Naidoo notes that 'the decision to increase the support from the dti will make a significant impact on industry, as more funding for supplier development results in more aerospace manufacturing SMMEs being developed'. He suggests that this will  eventually enable the SMMEs to supply the international market and, hopefully, attain credibility as leading manufacturers and suppliers of aerospace components.

Pillars
The SDP has two pillars - supplier development enablers, which include projects relating to the implementation of quality management systems and standards, as well as preparation for international accreditation - and technology transfer.

The SDP assists SMMEs in establishing quality management systems by increasing their knowledge of and compliance with aerospace standards, and in achieving international accreditation, Naidoo adds.

The SDP has been instrumental in increasing SMMEsí adoption of aerospace standard AS/EN 9100 - or essentially the aerospace equivalent of ISO 9001 - which outlines the requirements for quality assurance in design, development, production, installation and servicing.

Through these enablers, SMMEs can improve their efficiencies, reduce waste and costs while increasing their attractiveness as aerospace manufacturers.

He notes that the projects supported under supplier development enablers are not continuous. 'Project support
changes each year, depending on industry need. If a company receives support for AS/EN 9100 and is certified for a specific period, the company might not need support for this in the following year; this also applies to other areas within the SDP.' Naidoo notes that this demonstrated that the AISI and its programmes adapt to the changing needs of the local aerospace industry.

Naidoo states that supplying the global aerospace original-equipment manufacturers (OEMs), such as Boeing and Airbus, requires significant intervention for local SMMEs. The AISI provides support for these interventions to enable SMMEs to enter the international supply chain via local integrators.

He cites the example of machining manufacturer Daliff Precision Engineering. 'Through AISI interventions, Daliff can now
supply components to Airbus and develop as an aerospace manufacturing SMME.'

He says similar interventions are under way at other SMMEs: 'The AISI is focusing on developing these manufacturing SMMEs through focused supplier development interventions and working closely with OEMs in the industry.'

The Pilot Scheme
Naidoo states that the Aerospace Supplier Development Incentive Scheme focuses on broadening industry participation by enabling SMMEs to increase their involvement in the aerospace manufacturing industry.

'This scheme is intended to support the development of a subtier SMME manufacturing base through higher tier systems integrators and manufacturers in the aerospace industry, which supply components to international OEMs,' he explains.

The scheme is meant to use current local integrators - or manufacturers that have already established international market relationships and supply chains - to help develop SMME manufacturers, where the integrator acts as a facilitator between the OEM and SMME.

Naidoo explains that the incentive payments, which are made to an OEM, will be based on a percentage of the increase in contractual value that results from contracts placed by an integrator to an SMME in consecutive years starting in the 2015/16 financial year.

'The incentive support will continue  for  three consecutive years, after which the SMME must be able to absorb the necessary quality processes and develop an independent capability,' he states.

Further, an expression of interest was advertised to identify two aerospace OEMs -Denel Aerostructures and Aerosud Aviation - which have since initiated eight projects at seven aerospace manufacturing SMMEs.

Impact on Industry
Naidoo says the AISI neither provides capital expenditure (capex), as there are other mechanisms in the dti that support capex, nor supports research and development projects, as its focus is on the industrialisation and/or commercialisation of technologies.

SMMEs have also benefited from the Industry Development and Technology Support Programme by receiving support to industrialise technologies relevant to aeronautics, defence and space. As a result, new technologies are being developed that feeds into national and international markets.

The project was meant to obtain a competitive advantage in the international market by leveraging locally developed technology, thus attracting foreign investment and increasing its foothold in the global supply chain. He says that, by employing high value-added manufacturing, it would be possible to ensure the sustained growth of human resources and skills development.

Further, the type of work required for this project  will drive innovation and, hopefully, act as a technology incubator, Naidoo states.

He adds that this project had a unique collaboration model that entailed collaboration among industry, the CSIR and academia, yet each organisation had specific objectives that contributed to the success of the project.

Denel Aerostructures provided the design and manufacturing capability, the CSIR provided software development capability and the University of Pretoria the test and evaluation capability. Project duration was 18 months and was successfully completed with the  specialised capability being effectively developed and tested.

Naidoo notes that the global economic slowdown has naturally affected many high- technology industries, including the aerospace industry. This has resulted in a decreased effort to develop technologies and supplier bases, owing to a lack of funding availability in the private and public sectors.

He emphasises that this restricted environment is what makes initiatives like the AISI more relevant as an industry support mechanism.

'The AISI provides the necessary support to develop technologies and improve the aerospace supplier base. It enables aerospace OEMs and SMMEs to continue with product and supplier development.'

Naidoo concludes that the AISI is integral to continued development in the South African aerospace manufacturing industry and the growth of the economy.