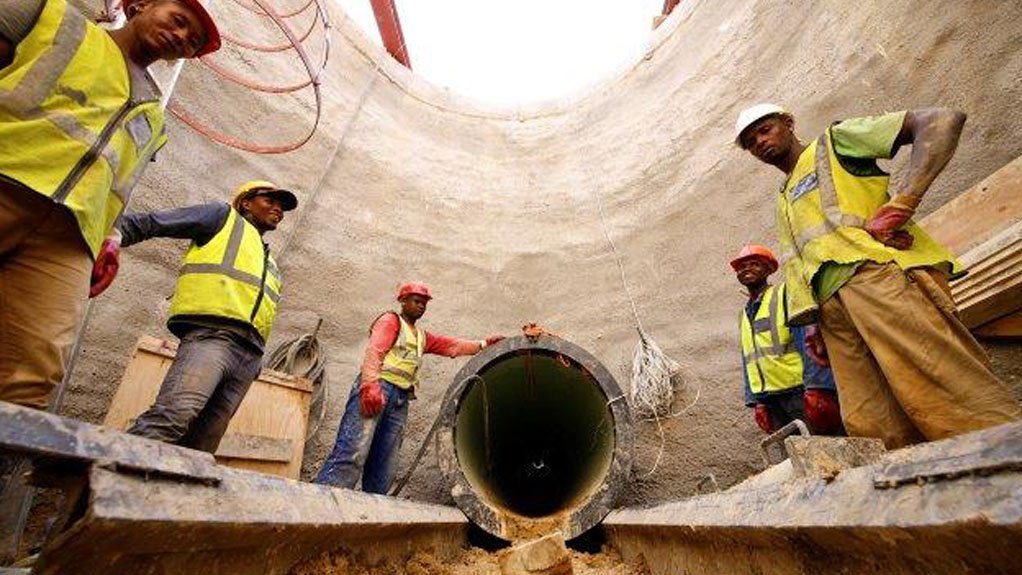 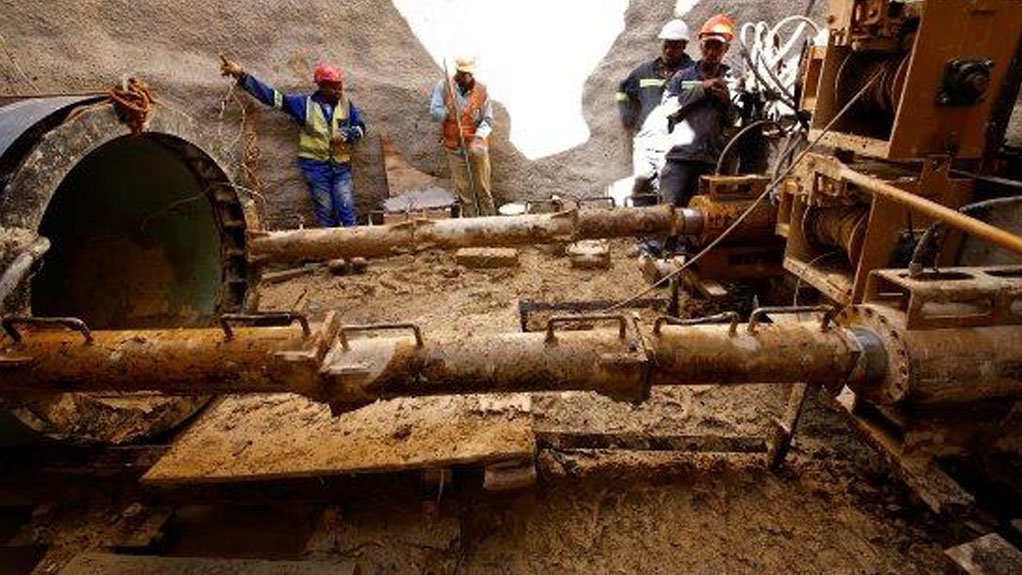 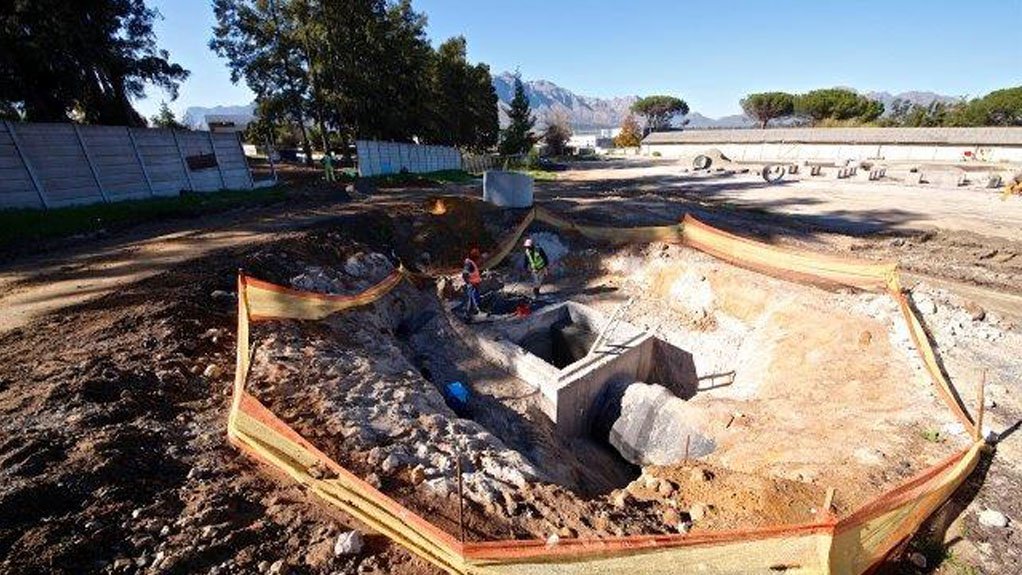 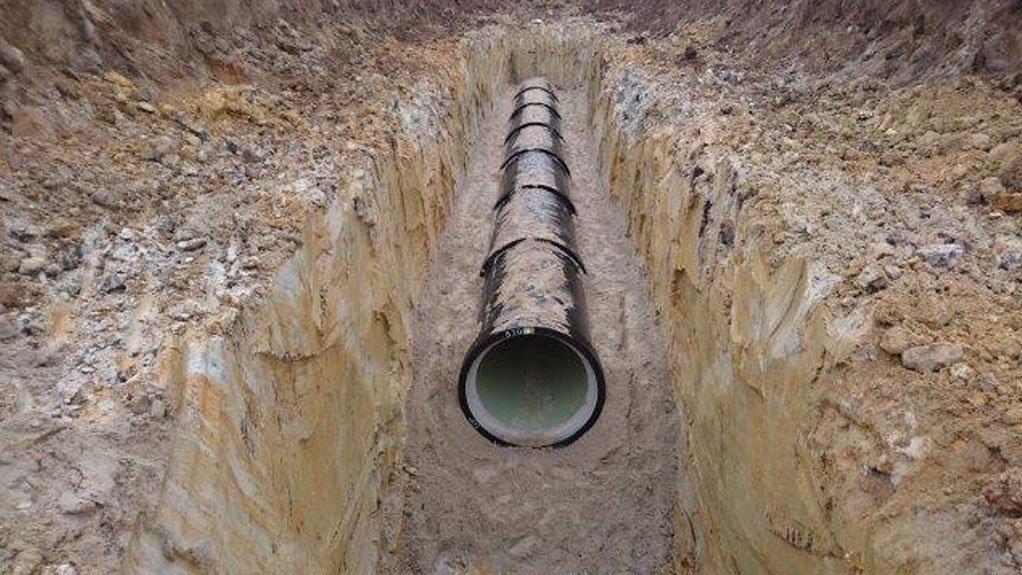 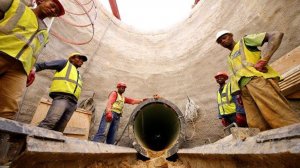 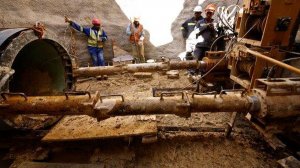 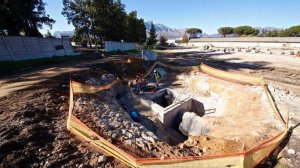 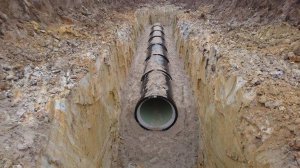 As Lead Design Engineer, AECOM carried out construction monitoring of Phase 1 of the Plankenbrug Main Outfall Sewer and Associated Works in Stellenbosch. Construction commenced in October 2015, and was completed in March.

The existing outfall sewers ranged from 375 mm to 625 mm in diameter. An outfall sewer receives sewage from the collecting system, and conveys it to a point of final discharge, or to a disposal plant. “These outfall sewers had reached the end of their design lives, and a new outfall sewer was required urgently to provide additional flow capacity to the expanding Stellenbosch town,” AECOM Engineer Christian Jordaan commented.

The new outfall sewer has a total length of 1 815 m, which is made up of 45 m of 1-m-diameter and 1 770 m of 1.2-m-diameter pipeline. A length of 240 m was installed by means of pipe jacking underneath a foothill of Papegaaiberg. This avoided open-cut excavation to depths exceeding 10 m, thereby limiting disruption to the area and lowering construction costs.

Using this method, the new outfall sewer was installed underneath a section of the Stellenbosch cemetery, containing a number of large trees, all which remained intact. The pipe jacking was carried out in three sections, which required the construction of three jacking pits. These pits, with a 6 m diameter, were constructed to depths of 5.6 m to 11.8 m.

Installation of the new outfall sewer included construction of manhole structures at roughly 90 m intervals, at lateral tie-in positions, and at changes to the outfall sewer alignment, to allow access for operation and maintenance.

An important aspect of the contract was the communication and liaison with the local community in terms of traffic accommodation, access to residences, security, noise, and dust. Temporary, or partial, road closures were managed continuously. In this regard, a Traffic Accommodation Plan was implemented as part of the contract.

An Environmental Management Programme was also implemented, which contained the procedures and requirements for the protection of the natural environment during construction of the new Plankenbrug Outfall Sewer.

“The project was completed on schedule, and within budget,” Jordaan confirms. “AECOM’s successful partnership with Stellenbosch Municipality and the JVZ Construction & Vakala Construction Joint Venture delivered a service that will accommodate all future developments efficiently, as estimated in the Stellenbosch Sewer Masterplan,” he concludes.