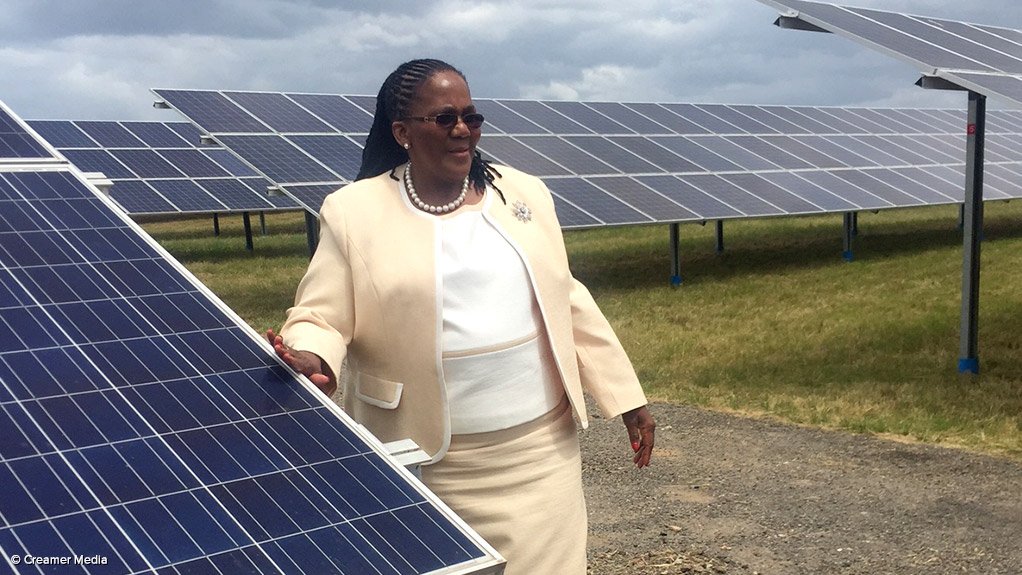 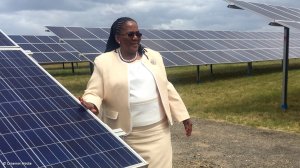 Airports Company South Africa (ACSA) on Friday launched a R13.5-million solar power plant at Kimberley Airport as part of ACSA’s broader plan to install solar farms at all six of its regional airports.

Construction of the Kimberley Airport plant got under way in September last year and was completed in April.

Speaking at the official opening, Transport Minister Dipuo Peters said that the plant was in line with government’s plan to address South Africa’s energy challenges.

“The diversification of the country’s energy matrix remains a key priority to ensure the sustainability of economic activity,” she said.

The solar farm comprised 1 620 photovoltaic panels and was located on 700 m2 of land within the airport precinct.

The plant, which was using an 11 kV substation as its main source of supply, had generated 141 870 kWh to date.

Speaking to Engineering News Online, Khambule noted that, with South Africa’s high level of renewable energy potential, ACSA had a target of generating 42% of its power needs through renewable energy sources by 2030.

The airports company was also exploring the addition of other types of renewable energy to its energy mix.

“ACSA’s short-term energy goals include using [light-emitting diode] lights on our runways as well as on lights in our parking lots to reduce our energy consumption,” he said.

“We expect to create the same number of jobs for the next three projects that will be rolled out,” he said.

Khambule further highlighted that ACSA would work together with Nelson Mandela Metropolitan University during the construction phase of the Port Elizabeth International Airport solar plant.

“We want to send the message that it is possible for South Africa to add renewables to its energy mix. Energy security is not just a South African challenge but a global one, and we are open to sharing this type of technology with neighbours,” he concluded.