A water continuity strategy in Africa is critical to economic success 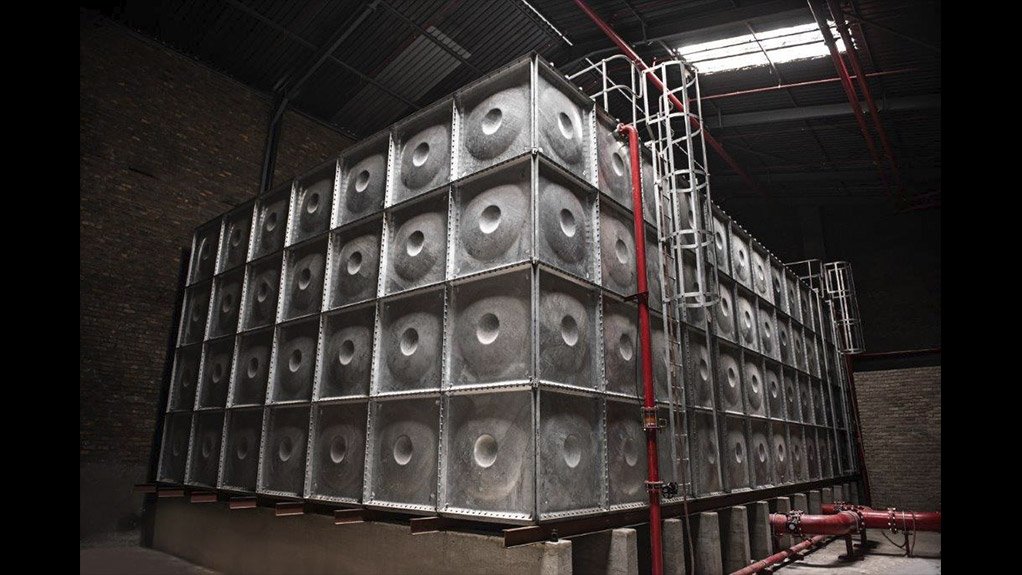 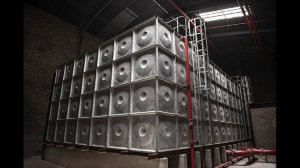 - Steps for implementing a water continuity plan for organisations, industry and cities

The world’s sources of water supply are under immense stress and the impact of water shortages are debilitating cities, organisations and communities every day. It is estimated by 2025, no fewer than 25 of the 48 countries that are expected to be facing water shortages will be African.

According to Mannie Jnr. Ramos, CCO of Abeco Tanks, the world’s first bank for water, “This means that around 230 Million Africans will be living in water scarce areas, with another 460 Million in water stressed areas.”

“When one considers that water is needed for success in agriculture, business, industry and mining – the pillars of the African continent’s developing economies – a water continuity plan is critical.”

According to studies 70% of freshwater is used for agriculture activities globally (including Africa) and Africa’s tourism industry has 67 Million tourists per year spending 38 Billion USD to do so. Considering these statistics, one can only imagine the negative impact a water shortage has on the business sector and therefore the economy.

Sub-Saharan Africa is the world's fastest urbanising region with urban areas holding 472 million people, and this is set to double over the next 25 years. This growing urbanized population is placing huge demand on water resources, with little increase in reservoir capacity.

Ramos continues, “One of the problems we face is that attitudes to water are vastly different; on the one side you have those who experience an endless supply and take water for granted – mostly living in urban areas - versus those in rural areas whose access to water is limited – they use water sparingly, often having to travel long distances on foot to get it.

If you think of water as a quantifiable asset, not like a consumable, you will find that the amount of water we as humans are wasting is staggering.

“This attitude of water as an endless commodity has to change now, we cannot afford to wait for tomorrow or the next crisis,” stresses Ramos. “The biggest challenge is that by the time a water shortage hits, it is often too late. There is either no water to use, or limited water availability. This puts a massive drain on existing water supplies as people rush to buy and fill storage tanks. It is therefore imperative that everyone develop and implement a water continuity plan, or the impact will be disastrous, such as happened in Cape Town, South Africa in 2018.”

He outlines four strategies that need to be implemented to help businesses, industry, governments and communities plan for water continuity – educate, conserve, store and reuse.

Educating your employees, stakeholders and community around water as a precious resource – like money or gold - is critical to the success of any continuity plan. Ensure staff are trained on water conservation, reuse and storage. Put up signage of water usage tips in areas where water is used. Have a water policy and include water conservation as an agenda point in meetings.

“If attitudes to the way water is used do not change, the long-term success of water conservation initiatives will fail,” says Ramos. “The only way we will get true behavior change is by shifting how people view and use water.”

Water storage in ‘banks’ - that is tanks – act like a savings account so that organisations have the water they need to keep running, in times of a water shortage. For example, a 20 000 litre tank can supply water for 7 days, based on an average sized business and depending on consumption. The capacity of tanks varies from 20 000 litres up to 10 million litres, providing options for small to large facilities.

“With a storage tank, businesses, B&B’s, essential medical services such as Doctors and clinics – basically any facility that requires water to operate - can remain open for a period of time,” says Ramos. “Actively storing municipal water in a tank ahead of time and not waiting until there are shortages, assures continuity and does not place unnecessary stress on a city’s infrastructure at the time of a water shortage.”

Recycle natural water resources. Technology is advancing rapidly for desalination and wastewater recycling systems and should be investigated at Government level by every country in Africa. A country that has addressed the problem of water scarcity with innovative solutions is Israel: from hi-tech gadgetry that finds water leaks in pipes; desalination water production plants which in 2014, supplied about half of Israel’s drinking water; and the purifying of sewerage of which 85% gets reused for agriculture.

Install greywater recycling systems. Greywater is wastewater (excluding toilet wastewater) that is generated after using municipal water at an office building, manufacturing operation or warehouse; the greywater is recycled for use in toilet flushing, irrigation or landscaping.

Ramos comments that these systems are mainly practical for new buildings as most architects have not designed plumbing to accommodate recycling systems. Once the plumbing is in, one cannot reroute water easily which makes it expensive. “It is worth doing the investigation to see if there is a possibility of recycling in some way, no matter how small or big: every litre saved counts.”

Recycle rainwater. Harvest rainwater from the roof of a building into a water tank for recycling to toilets, basins or irrigation.

There are many ways one can conserve water in their place of employment – whether it is in an office building, manufacturing facility, farm, school or town – the methods are all tried-and-tested and will significantly reduce the amount of water used.

Check for leakages: Leaking taps, toilets and pipes are responsible for 60% of water wastage, so ensure leakages are constantly checked and fixed rapidly.

Check the consumption: If the water bill goes through the roof, there is something wrong.

Maintain the plumbing: Make sure toilets don’t run or that taps are not left open.

Install water efficient taps with flow restrictors like aerators. In the long term this saves up to 50% of water usage.