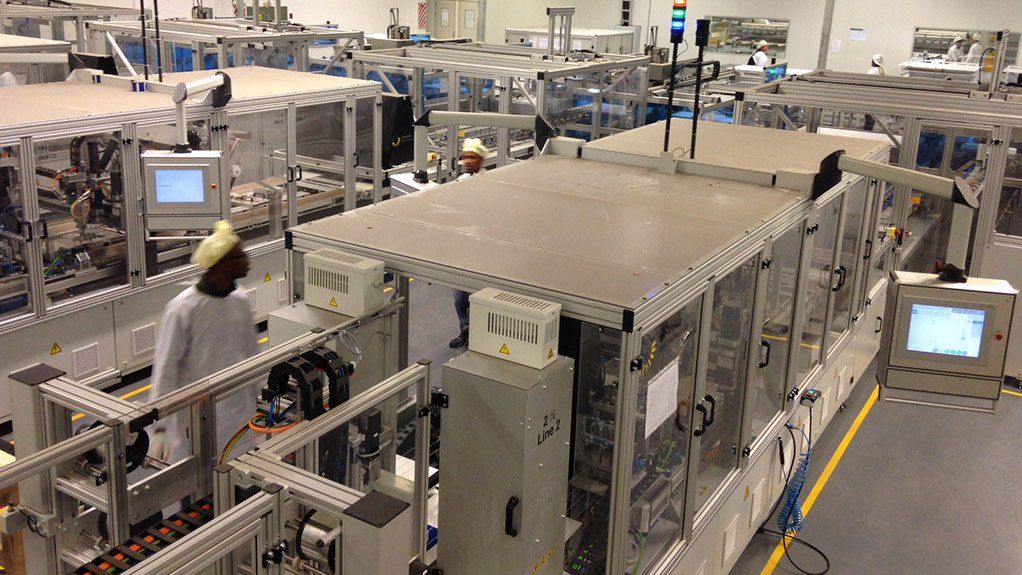 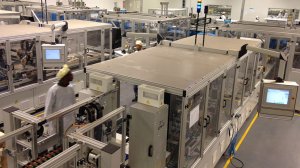 Minister of Trade and Industry, Dr Rob Davies, said he welcomed the opening of the 120 MW solar PV module production facility as part of his department’s drive to expand the capabilities of the South African manufacturing industry, increase the country’s industrial base and create much-needed jobs in Epping in Cape Town.

Jinko Solar, which employs 10 000 people worldwide and has 14 sales offices internationally, is one of China’s top 500 companies and the fourth largest crystalline module manufacturer globally.

Davies said the factory was in response to the roll-out of the South African Renewable Energy Independent Power Producer Procurement Programme (REIPPPP) where 1484 MW of solar PV projects have been procured.

The price of solar PV has been slashed in recent years on the back of improvements in operational efficiency and technological advances.

“At 88c per kWh, solar PV is the cheapest power generator by far – and it’s coming down even more. Seventy per cent of Africa is not electrified, while 70% of Africa’s energy is wood. Yet it is the sunniest continent in the world. Something is wrong here and we want to change it,” said Wido Schnabel, Jinko Solar South Africa’s business development manager.

Zille said she saw a "fantastic opportunity" to grow manufacturing.  She said it favoured Chinese companies to invest in South Africa, as they did not have to pay as high tariffs when exporting to Europe and the US as they would have to in China.

But she conceded various shortcomings had hampered investors, including Jinko Solar.

The difficulty in getting visas for skilled foreigners was a major factor. This needed to be tackled with urgency.

“This is a huge obstacle to investment and growth. We simply have to sort this out. It is critical that we are aware of how important it is to remove as much red tape as possible to get the green economy going. Our job is to make it as seamless as possible for investors.”

China’s Consul General in South Africa, Liang Shugen, said trade and investment between the two countries had grown substantially over the past 16 years.