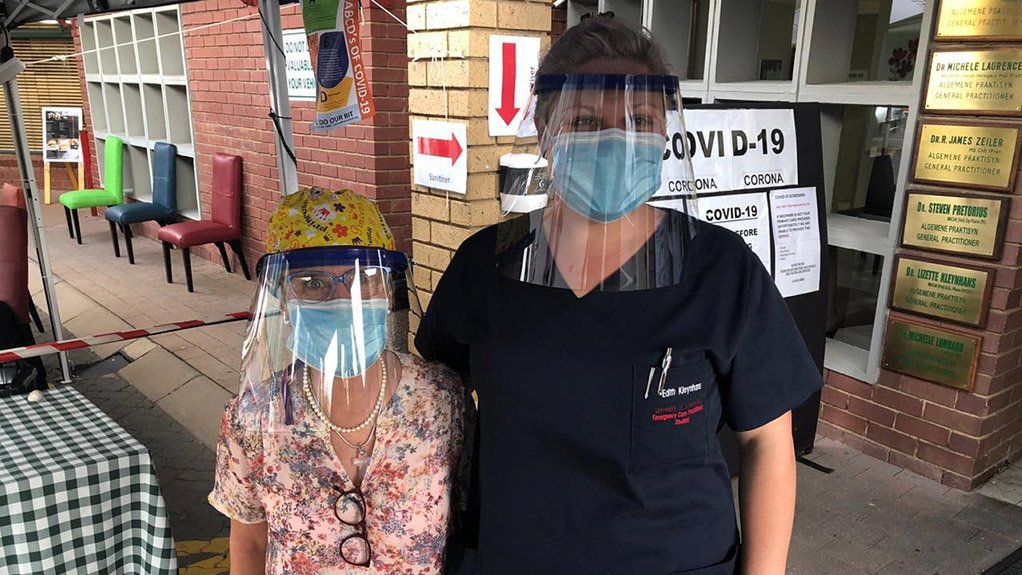 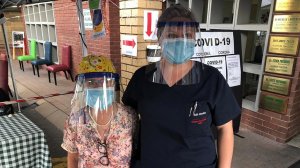 Three-dimensional (3D) printing solutions provider Additive Manufacturing Solutions’ (AMS’) initiative to mobilise the 3D printing community to produce personal protective equipment (PPE) for Gauteng healthcare workers treating patients with the Covid-19 virus has been rolled out to all nine provinces, with interest from other African countries to either supply or launch the same initiative.

South Africa’s economy has slowed to a snail’s pace on the implementation of a 21-day lockdown by government to quell the Covid-19 outbreak in the country, which has nearly 1 700 confirmed cases. But Health Minister Zweli Mkhize has warned that “we may be . . . experiencing the calm before a heavy and devastating storm”, with flu season starting next month.

The rapidly growing lack of PPE for health workers is compounding the situation.

Various organisations have started producing face shields following the call from AMS on March 27 for Gauteng’s 3D printing community to produce PPE in light of the shortage.

More than 15 000 face shields have been produced, with healthcare provider Netcare’s need met over one weekend by the supply of 5 000 face shields. The initiative is now supplying private practices, other emergency workers such as paramedics, fire fighters, security companies, police and possibly soon the minibus taxi industry, says AMS MD Bernhard Vogt.

While AMS is in lockdown, many of its staff have agreed to produce PPE using the company’s 3D printers from home, highlights Vogt, stressing that as many 3D printers as possible must be used to meet the current demand.

Upon seeing the shortages in Europe, Vogt was inspired to address PPE shortages in South Africa and persevered despite initially being told by healthcare workers that there would not be a problem.

“Only after South Africa’s cases started to escalate, and the lockdown was announced, did people start scrambling and realise that there was a real need.”

Vogt says the response from the 3D printing community has been “absolutely overwhelming”.

On the first day, AMS had nearly 500 responses from individuals willing to help manufacture PPE, as well as 3D printing companies 3D Printing Store, BuildVolume, DaVinciLab and PrintorDie, among others.

“I know we have more than 1 000 participants right now,” says Vogt.

The face shield comprises two parts – the 3D-printed head band and the clear, disposable sheet which attaches to the head band.

“The head band can be 3D-printed on just about any 3D printer using any material that is available, the most common being polylactic acid plastic. We have various head band designs, some that allow a clear sheet to be attached with bulldog paper clips, and others that use lugs to attach a pre-punched clear sheet.

“The 3D design is processed by slicing software, which writes the instructions for the 3D printer, which subsequently melts and extrudes a plastic material, following a toolpath to build up the band, layer by layer,” explains Vogt.

AMS has donated 250 rolls of filament to schools, universities and makerlabs which are involved, says Vogt.

“Most of our filaments are imported from China and we have also made filament available at cost price to organisations that wish to donate to the cause.”

However, the distribution of this filament is a challenge as AMS abides by the lockdown.

Subsequently, the company is in discussions with various stakeholders capable of providing courier services and warehousing to facilitate the transportation of bulk stock to a central location from which it can be distributed through their networks.

AMS is also looking at getting grocery stores, such as Pick n Pay, involved as central collection and distribution points.

Vogt says there is also difficulty in sourcing the transparent cover and clamps for the face shields, but that many hospitals already have these available as stationery supplies, although stocks are very limited.

Various stationery shops and retail stores, some of which have already supplied to the cause, have been approached, with schools also assisting.

Unfortunately, AMS has also noticed many similar initiatives being set up to make money from the crisis or to self-promote and seek fame.

“Under no circumstances will I allow profiting from a crisis like this. This is the time for South African companies, organisations and individuals to stand together and flatten the curve, fight this virus so we can all go back to work and continue with ordinary life and business,” stresses Vogt.