By: Simone Liedtke     Updated 7 hours ago Domestic natural gas and helium producer Renergen and local express courier partner DPD Laser have inked an agreement for Renergen to manufacture the first 110 Cryo-Vacc units for supply to DPD. The Cryo-Vacc is suitable for both air and ground transportation. Liquid nitrogen is used to keep the... →

By: Irma Venter     Updated 2 hours 53 minutes ago Toyota has unveiled a concept version of its forthcoming Toyota bZ4X, previewing the first in a series of zero-emission battery electric vehicles (BEVs) from the Japanese car maker. Toyota says the bZ4X, a medium-size sports-utility vehicle (SUV) with all-wheel drive, is integral to Toyota’s... → 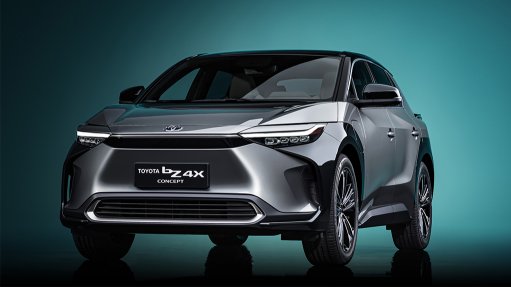 By: Schalk Burger     Updated 1 hour 40 minutes ago Industry association Consulting Engineers South Africa (Cesa) has questioned the Department of Water and Sanitation's decision to bring in 24 Cuban engineers, while the capacity utilisation of local engineering skills has dropped to 80% in the most recent Cesa Bi-annual Economic and Capacity... →

Updated 7 hours ago In this article, South African Wind Energy Association (SAWEA) CEO Ntombifuthi Ntuli writes about the South African wind energy sector's role on the road to a net zero carbon economy by 2050. Following the release of the Global Wind Energy Council’s 'Global Wind Report 2021', the buzz in the... → 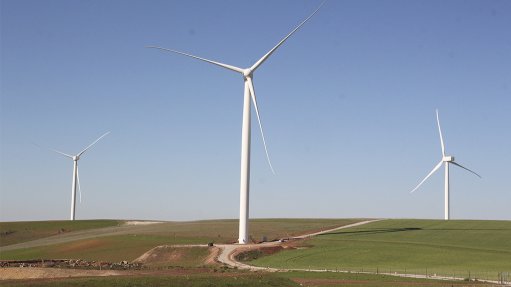 By: Schalk Burger     Updated 1 hour 34 minutes ago As countries continue their progress in transitioning to clean energy, global economic body the World Economic Forum (WEF) says it is critical over the next decade to root the transition in economic, political and social practices to ensure progress is irreversible. The energy transition requires... →

By: Tasneem Bulbulia     Updated 2 hours 1 minute ago Western Cape Minister of Finance and Economic Opportunities David Maynier says he is encouraged by the recent commitment made by President Cyril Ramaphosa to make the country’s ports more efficient and competitive. However, he also notes his concern that the Port of Cape Town may be deprioritised... →

By: Donna Slater     Updated 3 hours ago The market for bonds issued to meet environmental and social outcomes is expected to grow exponentially in South Africa within the next year, with social bonds expected to feature prominently as the country looks to “build back better” post-Covid-19, states Rand Merchant Bank (RMB).     RMB... →

By: Yvonne Silaule     Updated 1 hour 30 minutes ago The Northern Cape provincial government will invest R500-million in measures to help improve service delivery in the Sol Plaatje municipality. The municipality is said to be facing technical capacity challenges, resulting in the lack of service delivery. →

By: Schalk Burger     Updated 1 hour 50 minutes ago The National Research Foundation (NRF) has partnered with the Fulbright Foreign Student Programme (FFSP) to support NRF-funded PhD students registered with a South African university to travel to the US to conduct research towards their doctorates at a host US institution or university. This... →

By: Schalk Burger     Updated 1 hour 54 minutes ago The University of Johannesburg (UJ) has received a R110-million donation from education nonprofit organisation Growing Up Africa (GUA) to advance Fourth Industrial Revolution (4IR) education in underprivileged communities. The donation has already contributed to the development of the Education... →

By: Tasneem Bulbulia     Updated 1 hour 53 minutes ago Industry association the International Air Transport Association (Iata) says net airline industry losses are likely to reach $47.7-billion for this year. This is an improvement on the estimated net industry loss of $126.4-billion in 2020. →

Updated 3 hours ago Impala Rustenburg in April officially handed over nine Social and Labour Plan projects to the local community. Along with community leaders and representatives of the Royal Bafokeng Nation family and the Department of Mineral Resources and Energy, Impala celebrated the handover of the completed... →

By: Simone Liedtke     Updated 7 hours ago Automotive demand for platinum is expected to grow by 25% year-on-year to reach almost three-million ounces this year, the World Platinum Investment Council (WPIC) reports. The three-million-ounce demand forecast will be 5% higher than pre-pandemic levels. → 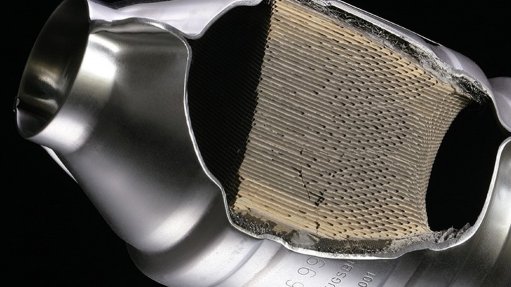 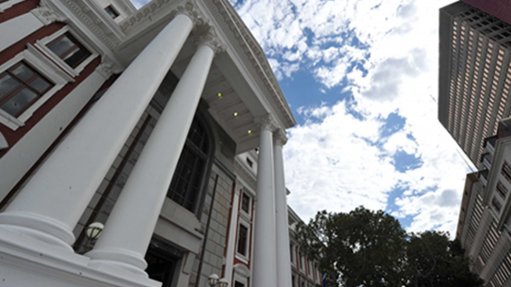 By: Tasneem Bulbulia     20th April 2021 The Department of Trade, Industry and Competition (DTIC) has released the first yearly Black Industrialist Report, highlighting the direct funding provided by the department, the National Empowerment Fund (NEF) and the Industrial Development Corporation (IDC) to support black industrialists and... →

By: Tasneem Bulbulia     20th April 2021 Human Settlements, Water and Sanitation Minister Lindiwe Sisulu has assured communities and businesses that the government is committed to restoring the dilapidated water and sanitation infrastructure, which has, over the years, contributed to the pollution of the Vaal river. Sisulu was briefing... →

By: Donna Slater     20th April 2021 The European Union (EU), through the European Commission, and the Organisation of African, Caribbean and Pacific States (OACPS), has agreed to provide €60-million to the European Investment Bank (EIB) and the African Development Bank’s (AfDB’s) joint Boost Africa initiative, enabling it to... →

Cargo heists, and security costs, on the rise – Rhenus Logistics

By: Irma Venter     20th April 2021 A surge in international freight rates of up to 700% is putting many companies under pressure and forcing them to take drastic measures to ensure their sustainability.  In some cases, organisations are left with little choice but to cut costs when moving cargo, with some opting to reduce the... → 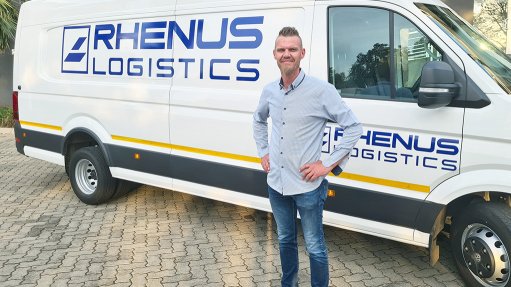 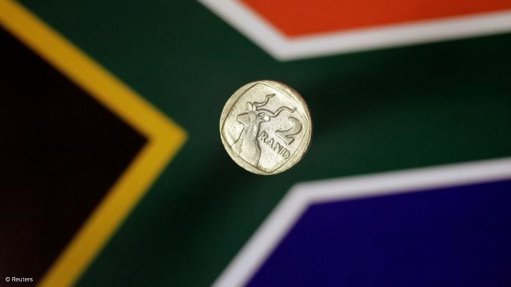 By: Natasha Odendaal     20th April 2021 Telecommunications group Cell C has reported a full-year loss of R5.5-billion during the 12 months ended December 31, 2020, widening from the loss of R4-billion reported in 2019. However, the company returned to profit during the second half of the year, reporting a profit before tax of... →

By: Irma Venter     20th April 2021 Mahindra South Africa (SA) has opened the doors to its new training centre in Centurion, Gauteng. The new centre more than doubles the available space of the previous facility.  → 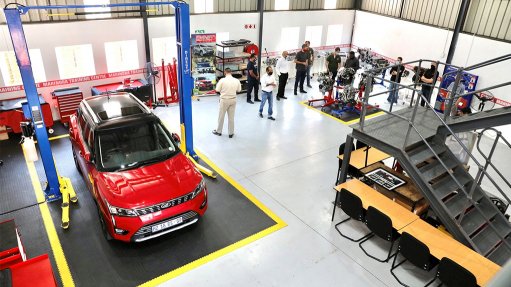 By: Rebecca Campbell     20th April 2021 US private-sector space company SpaceX, founded and led by South African-born engineer and entrepreneur Elon Musk, has been awarded what is probably the most prestigious single contract in the space sector today. The US National Aeronautics and Space Agency (Nasa) has selected SpaceX to supply... → 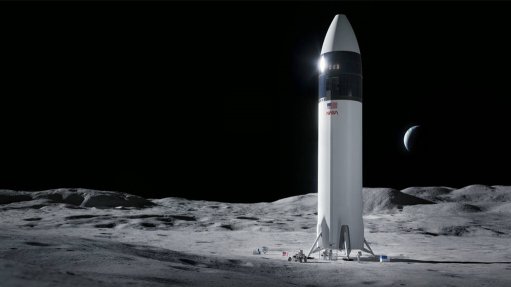 By: Martin Creamer     20th April 2021 Mining investment company Ntsimbintle Holdings has acquired a further 13.8% stake in Jupiter Mines, making it the Australian-listed miner’s largest shareholder, with a total holding of 19.9% and entrenching its position in manganese mining at Tshipi é Ntle Manganese Mining's mine in the Northern... → 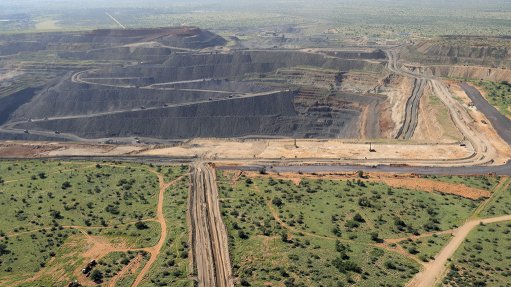 Tshipi Borwa manganese mine, in the Northern Cape.

By: Natasha Odendaal     20th April 2021 Rand Water employees are preparing to down tools on April 21 over a dispute surrounding a decision without union consultation to not pay performance incentive bonuses. Rand Water assured, however, that it has adequate systems in place to ensure a sustained supply of bulk potable water to customers. → 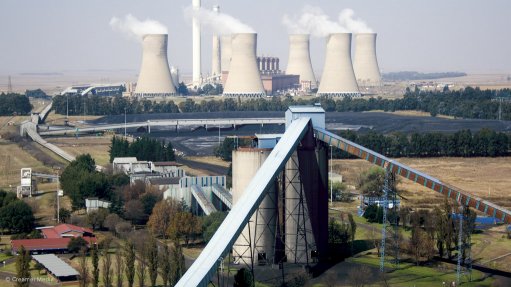 By: Martin Creamer     19th April 2021 The JSE-listed coal-mining company Wescoal is looking to possibly becoming a broader energy company in which coal remains a substantial but reducing component alongside other energy pursuits such as renewables, Wescoal interim CEO Robinson Ramaite said on Monday. Outlining the company’s major... →

By: Schalk Burger     19th April 2021 Private real estate development company Gateway Real Estate Africa will build its first commercial office building in Ghana at Appolonia City, which is an inclusive mixed-use new city 20 km from the centre of the capital Accra. The first phase of the project will cost about $4-million. → 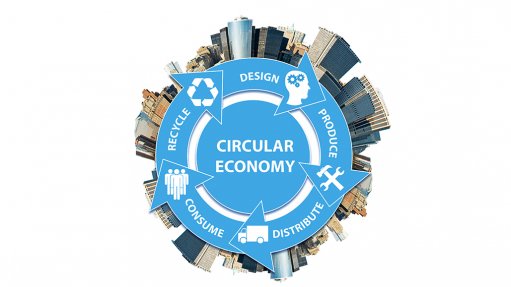 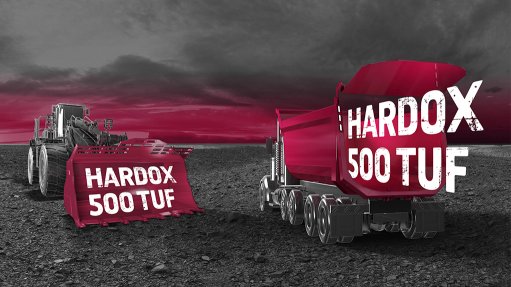 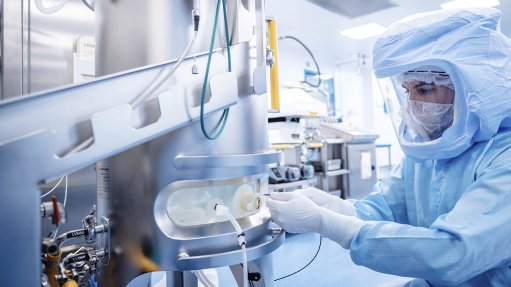