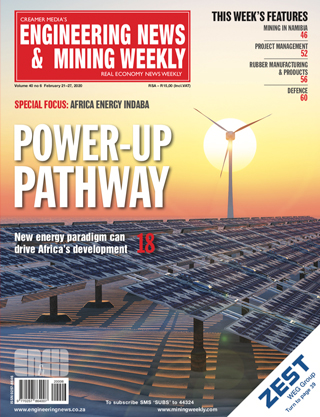 By: Schalk BurgerAfrica can meet its major sustainable energy and development goals without becoming more energy intensive, as it has a unique opportunity to use renewable energy, natural gas and energy efficiency to meet its development needs and provide reliable and modern energy services. This is the... →

By: Martin CreamerRenewable energy can be commissioned quickest and cheapest, but the Department of Mineral Resources and Energy is still refusing to acknowledge this truth – and doesn’t even give it credit for being cleanest. As a servant of the South African people, the department should be forced to roll out... → 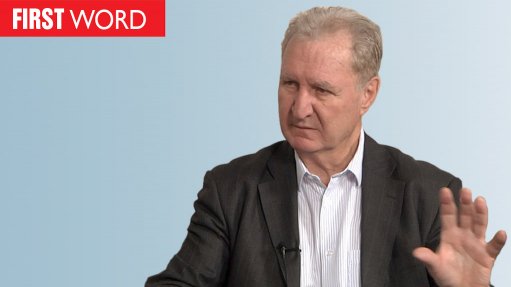 By: Schalk BurgerThe digital world being ushered in by the Fourth Industrial Revolution (4IR) requires more than just office workers; it requires engineers, technicians and artisans. Technical and vocational education and training (TVET) enables learners to further their studies, as it creates more opportunities... →

By: Schalk BurgerRice University laboratory chemists, led by James Tour, have in the science journal Nature introduced a process by which almost any source of carbon can be turned into graphene flakes, the university said. The gram-scale bottom-up flash graphene synthesis process is quick and cheap and can... →

By: Rebecca CampbellSouth Africa’s State-owned defence industrial group has Denel welcomed the recent decision by Fitch Ratings to affirm its long- and short-term ratings for the group, and to upgrade its outlook. Fitch affirmed Denel’s national short-term rating at “B(zaf)” and its national long-term rating also at... →

By: Terence CreamerEarlier this month, Judge Jody Kollapen turned down Eskom’s application for urgent relief in relation to the National Energy Regulator of South Africa’s (Nersa’s) controversial treatment, in its most recent tariff determination, of the R69-billion in government support announced in the 2019... → 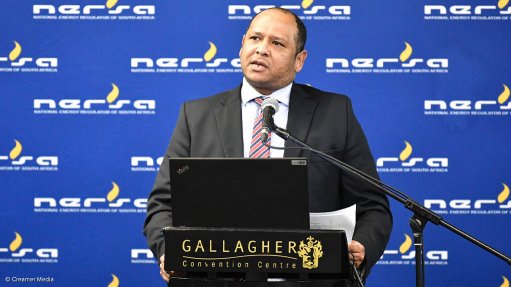 By: John MuchiraCement manufacturers in Kenya are pushing for tough interventions intervention by government to stem the influx of imports, which are threatening the competitiveness of local producers. National Cement Company chairperson Narendra Raval said this month that Kenya had enough clinker to meet local... →

By: Natasha OdendaalWith the prevalent load-shedding now a part of South Africa’s long-term reality, the private sector is increasingly seeking solutions to minimise the operational and financial implications of the crisis. In the spotlight as an alternative to the national grid is the deployment of battery storage,... → 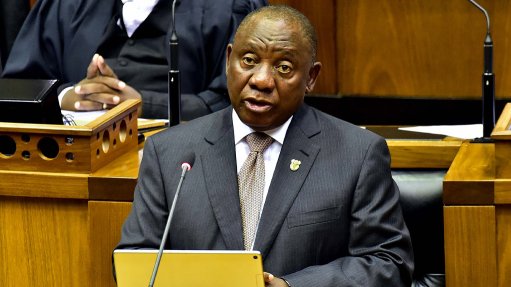 By: Terence CreamerSteel producer ArcelorMittal South Africa (AMSA) believes there is potential to develop a 75 MW to 100 MW solar photovoltaic (PV) power plant adjacent to its Vanderbijlpark mill, in Gauteng. The JSE-listed company is also convinced that such a project could proceed relatively quickly should South... → 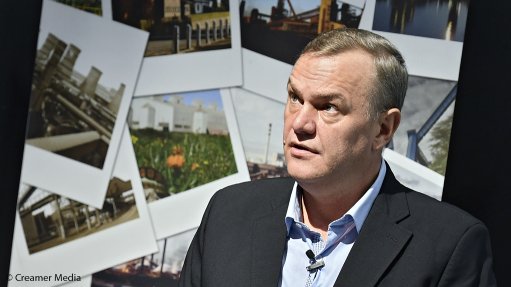 By: Terence CreamerA black-empowered consortium that includes companies with extensive gas-to-power experience has made a formal submission to the Department of Mineral Resources and Energy (DMRE) in which plans for power generation plants capable of adding between 300 MW and 3 300 MW to South Africa’s grid within... → 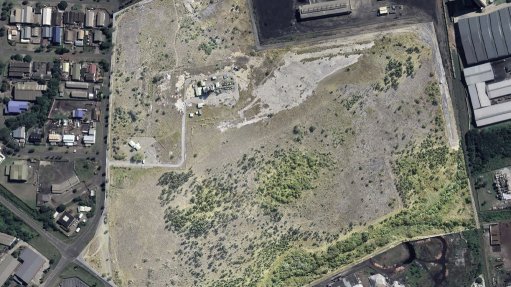 By: Rebecca CampbellUK industrial technology group Rolls-Royce has announced that it has started manufacturing the world’s largest aeroengine fan blades. These are for its UltraFan demonstrator power plant, which will be unprecedentedly efficient and sustainable. A full set of UltraFan blades will have a diameter of... →

By: Natasha OdendaalThe gap between jobs and skilled workers is continuing to widen as the unprecedented speed of technological development brings rise to innovations and new business models that have changed the face of global economies. While 2019 proved to be a significant year for the technology sector, and 2020... →

By: Rebecca CampbellTwo of South Africa’s State-owned airlines continue to experience tough times as they try to recover from their current deep financial crises. They are national flag-carrier South African Airways (SAA) and the completely separate regional operator SA Express. SAA is now in business rescue, and... →

By: Marleny ArnoldiStellenbosch University has appointed US social entrepreneur Joshua Romisher CEO of its LaunchLab business incubator. From New York, to Silicon Valley to South Africa, Romisher has traded a career in investment banking to help the university create innovative startups in South Africa and... → 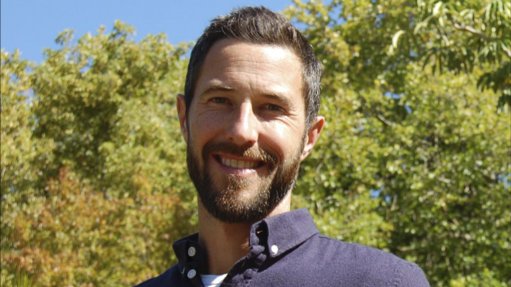 By: Simone LiedtkeMultinational advisory firm PwC expects the global economy to expand at a rate of 3.5% in 2020, and for total value of services exported to increase to R100-trillion during the year. While all major economies are expected to grow, in part buoyed by accommodative financial conditions, the firm... →

By: Terence CreamerThere were indications already at the World Economic Forum in Davos, Switzerland, that South Africa was out of step with the main themes occupying the minds of most global government and business leaders. The overwhelming thrust of the 2020 gathering was about dealing with the existential threat... → 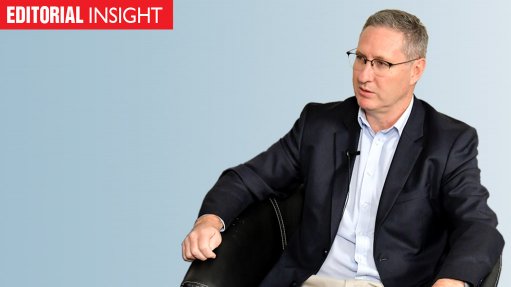 By: Kim CloeteHigh-tech and global engineering group Sandvik is helping greenfield mining projects in Africa to power ahead through automation and digitalisation aimed at making mining safer and more efficient and sustainable.   “If you look at the global automation footprint, Africa is using some of the most... → 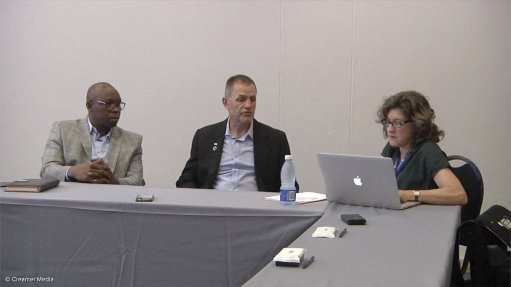 By: Simone LiedtkeEmpowered resources company Exxaro Resources has signed a memorandum of understanding (MoU) with equipment dealer Bell Equipment Sales South Africa (Bessa) to enhance the offering of its enterprise and supplier development (ESD) programme. The MoU, intended to formalise a partnership within its... →

By: Kim CloeteThe South African government has promised investors that it is fully committed to making it easier and cheaper to do business through streamlining processes and licence applications. Dr Kgosientso Ramokgopa, who heads up South Africa’s new Investment Infrastructure Office, said he was advocating... → 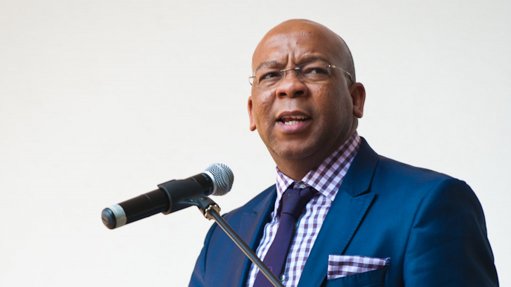 By: Martin CreamerGold mining company Harmony expects to have a 30 MW solar power plant running in a year from now, provided all regulatory obstacles are removed. Harmony CEO Peter Steenkamp said during a media conference covered by Mining Weekly that the 30 MW plant in the Free State would be the first step in... → 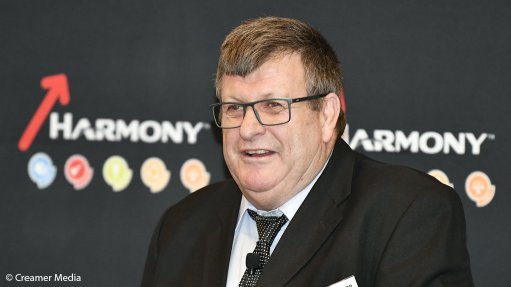 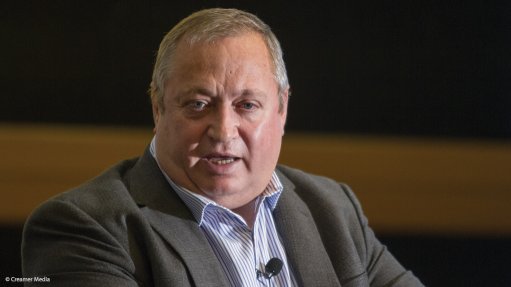 In-house renewable energy could be a boon for SA mines

By: Tasneem BulbuliaWith their recent profitability buoyed by price improvements in certain commodities, some South African miners may consider investing part of their windfall gains to create their own renewable energy generating capacity, and according to consultancy SRK Consulting director and principal... →

By: Martin CreamerThe London Bullion Market Association (LBMA) is looking to elevate the standards of its responsible precious metals sourcing programme. When responsible sourcing guidance was launched in 2012, the main focus was on ensuring that links with conflicts, money laundering and terrorist financing were... → 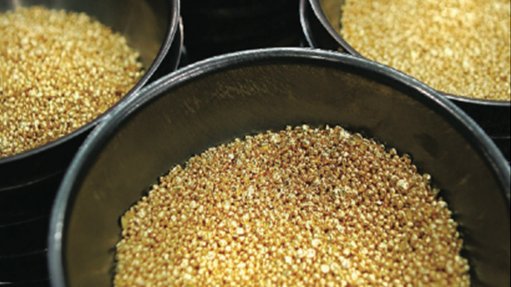 By: Natasha OdendaalThe global mining sector has come out tops as the industry most likely to be affected most by the world’s worsening water crises, and South Africa’s mining sector is not immune. The World Wide Fund for Nature (WWF) has warned of the water risks facing the mining industry after an exhaustive... → 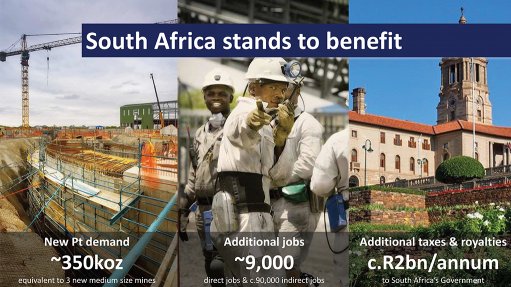 By: Rebecca CampbellThe Moatize coal mine in Mozambique’s Tete province, which is majority owned by Brazilian mining major Vale, achieved a total coal production for last year of 8.77-million tons (Mt), with production for the fourth quarter of that year (4Q19) amounting to 1.876-Mt. Total coal sales for 2019 were... →

By: Kim CloeteState-owned Transnet’s newly appointed CE Portia Derby has pledged to partner with the mining industry in an open and transparent way in a bid to boost the utility and ultimately help grow the economy. “We want to be a cool, easy company to deal with. We don’t want to make it difficult for you to... → 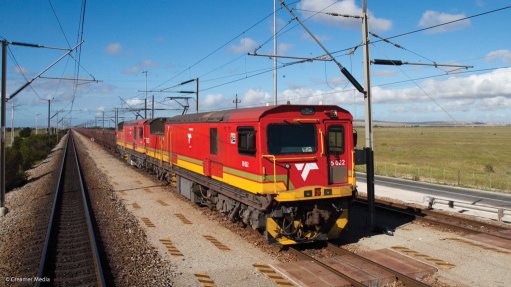 By: Esmarie IannucciASX-listed coal miner Universal Coal has urged shareholders not to take any action around a proposed takeover offer from fellow-listed TerraCom. TerraCom earlier this week announced its intentions to buy the South Africa-focused Universal for A$175-million, offering Universal shareholders 10c in... → 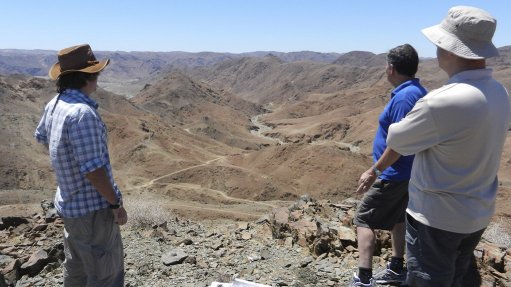 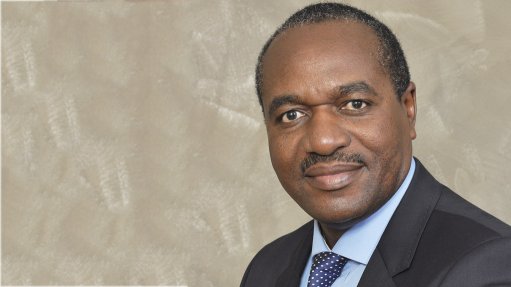 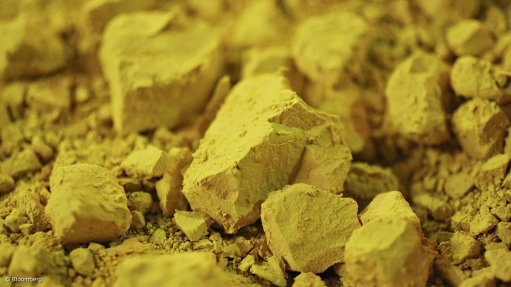 Leaders must adapt to seize opportunities 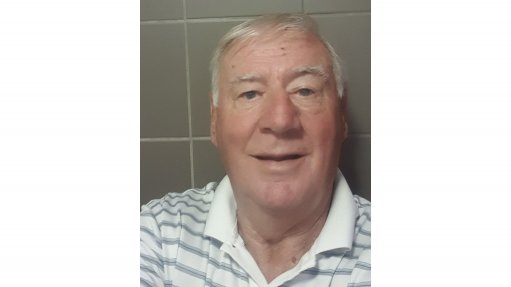 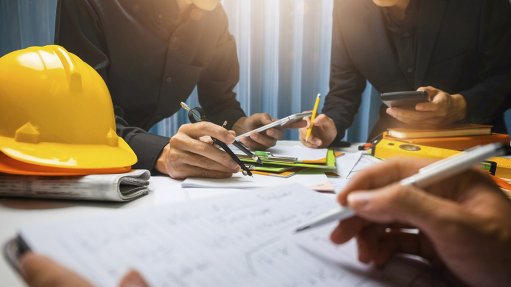 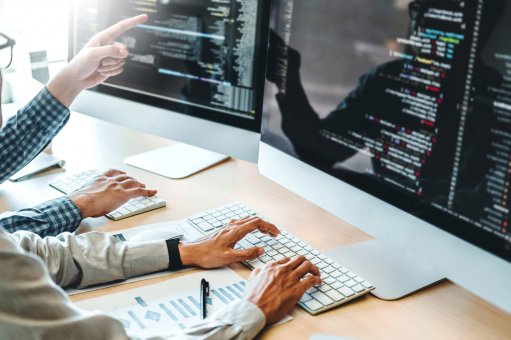 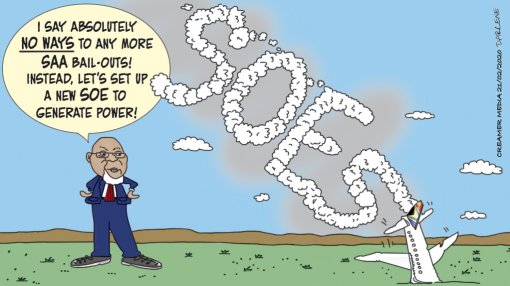 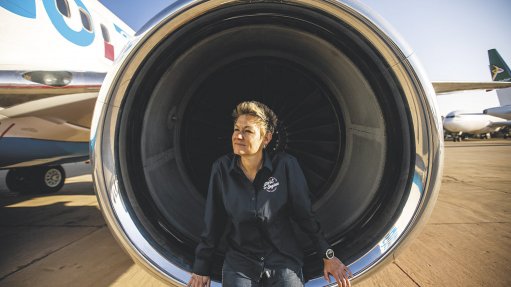