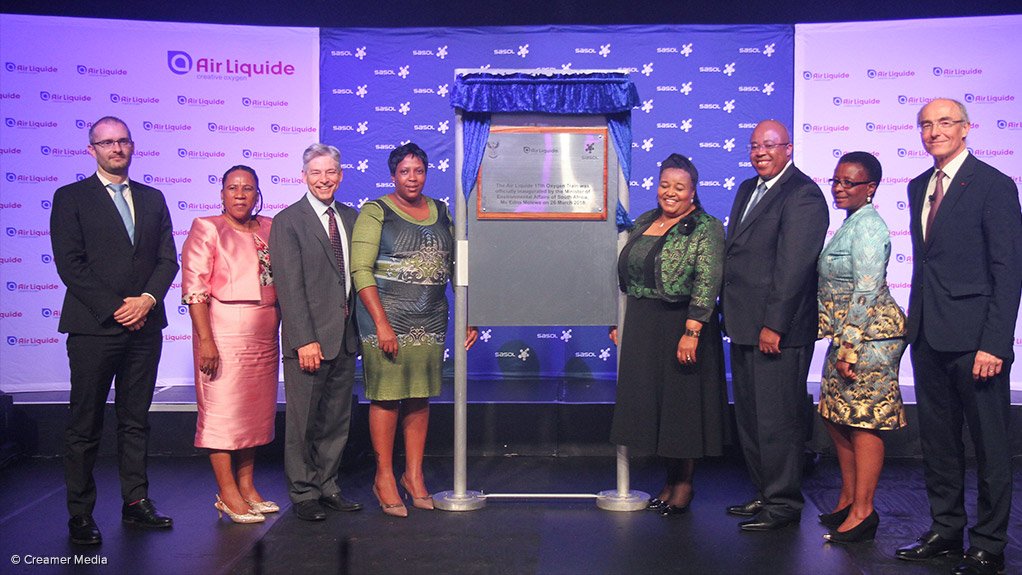 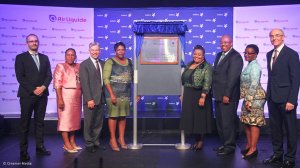 The ASU is the biggest oxygen production unit in the world, with a capacity of 5 000 t/d and brings the total number of ASUs in Sasol’s fleet to 17, said joint Sasol CEO Bongani Nqwababa.

The 16 ASUs that Air Liquide built for Sasol prior to the new plant had a capacity of 40 000 t/d of oxygen.

The new plant will further increase oxygen for Sasol’s fuels and chemicals production processes. The ASU also produces gases such as xenon and krypton, which are used in medical scanners and high-speed photography equipment.

Unlike the other ASUs which are operated in-house, Air Liquide will own and operate the new plant, which is considered the most energy-efficient oxygen train on Sasol’s site.

Air Liquide CEO Benoît Potier said at the launch event, which Engineering News Online attended, that the ASU would provide the French company with a new source of liquid gases to supply the growing industrial gas market in South Africa.

French embassy representative Emmanual Suquet said that the investment by Air Liquide was testament to the business confidence that French companies have in South Africa.

Molewa commented that the capital investment from Air Liquide went a long way in terms of creating jobs during construction and operation.

“We need more such investments to address the 26% unemployment rate in South Africa,” she stated.

The ASU was designed, developed and commissioned in three years.