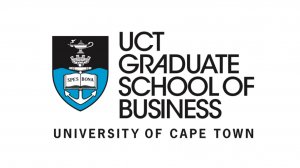 The University of Cape Town (UCT) has moved up two places to 198 in the latest Quacquarelli Symonds (QS) World University Rankings, placing it in the top 20% of the world’s universities.

UCT keeps its title as the top university in Africa.

Early this year in the 2019 QS World University Rankings by Subject, the university’s Development Studies programme was ranked ninth in the world, making it the only university in the global south to feature in the top ten for this discipline.

UCT’s strongest performer is its academic reputation, which improved this year in actual score and position compared with other universities.

Academic reputation contributes 40% to an institution’s overall score, and is based on a global survey of experts in higher education regarding universities’ teaching and research quality.

The university’s employer reputation ranking also improved and is based on the views of employers worldwide about which institutions produce the best graduates.

Citation scores per faculty member also improved, which the university says shows a strengthening in the impact and quality of scientific work produced by UCT.