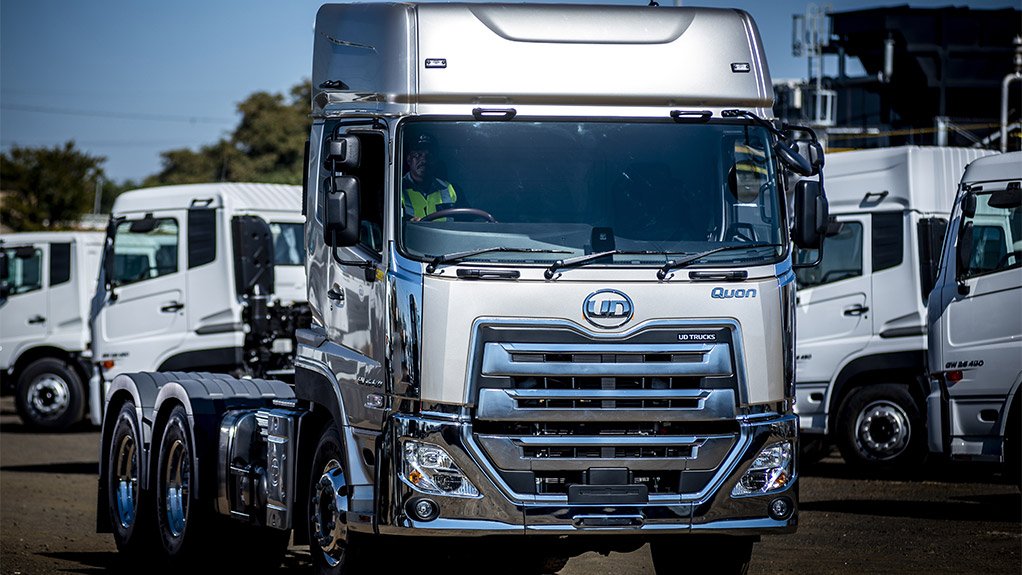 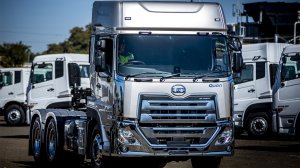 He adds, however, that much of the growth in 2019 came from expansion in the medium commercial vehicle market, which grew by 10.6%, to 8 719 units.

Schulz says it seems as if economic pressures in 2019 forced truck operators to buy down from the bigger truck segments into the smaller, more affordable segments.

He says UD Trucks Southern Africa anticipates more of the same this year, with the new-truck market likely to remain flat.

2020 YEAR OF CHANGE
UD Trucks Southern Africa enters 2020 with a new MD. Filip Van den Heede has taken over as company boss from Gert Swanepoel, who has retired after 32 years with the Japanese truck maker.

“It has been an incredible journey with UD Trucks, and it is truly the people and the relationships with customers and dealers that have made it worthwhile,” says Swanepoel.

“It has been a privilege to be a part of the brand’s growth and development throughout the years, and I am excited about the future of UD Trucks in the region.”

Van den Heede has been involved in the trucking industry and the Volvo Group for the past 22 years and was previously UD Trucks International vehicle sales and marketing VP, which included responsibility for the Southern African market.

His appointment was effective January 1, with Swanepoel to fulfil a senior advisory role until the end of March.

Van den Heede will lead the UD Trucks Southern Africa team as it faces a year of consolidation after three new model launches in 2019, as well as a year of change as a buy-out from rival Japanese company Isuzu Motors looms in the not-too-distant future.

This comes as the Volvo Group, of which UD Trucks is a subsidiary, and Isuzu Motors, in December signalled their intent to form a strategic alliance. The agreement has three pillars, namely a technology partnership to focus on the challenges of automation, electrification and connectivity; the creation of a bigger-hitting Japanese truck maker, with more market volume and scale, by selling UD Trucks to Isuzu Motors; and the ambition to further explore synergies in the industrial and other arenas.

Van der Heede says while it is still early days, with the process expected to reach finalisation at the end of the year, the aim is to keep the UD Trucks and Isuzu Trucks brands as their own, independent, separate entities.

He regards UD as stronger in the heavier truck market, with Isuzu Trucks strongest in the lighter duty truck market.