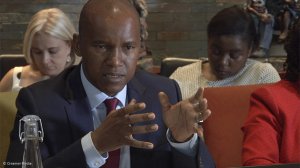 This aligned with the view of 44% of South African CEOs that the global economy growth rate would decline in 2020.

Professional services firm PricewaterhouseCoopers (PwC) in its twenty-third annual global CEO survey, published on Thursday, reported that South African CEOs were slightly more optimistic than CEOs globally, with 53% of global CEOs believing that the global economic growth rate would decline over the next 12 months.

The outlook from the survey improved over the next three years, with 78% of South African CEOs, and 56% of global CEOs, being confident about their own company’s prospects for revenue growth.

PwC surveyed about 1 600 CEOs from 83 countries around the world, finding the prevailing sentiment around slow global economic growth to be the same in every region. PwC South Africa CEO Dion Shango said a number of events had influenced the loss in economic certainty and confidence at least since PwC launched the survey in the 1990s.

These events include “new” risks, such as climate change, trade wars and cyberattacks, as well as global recessions, conflict in the Middle East, the sovereign debt crisis, presidential elections in key markets and events around the 9-11 incident. Locally, Shango noted that CEOs had been more concerned about over-regulation, policy uncertainty, increasing operational costs and social stability.

“Despite the current uncertainty, there are still opportunities for South African CEOs to pursue. Faced with uncertainty, business leaders need to act decisively and quickly. Instead of looking inward, they should broaden their field of vision and strive to create a broader range of options to pursue. Some of these opportunities include the upskilling, development and training of their people. CEOs also need to look at how they can structure and further enhance their operational efficiencies.

“Making decisions in a way that is more resilient will enable organisations to thrive in the full spectrum of uncertain outcomes,” he explained.

Shango said the major positive thing out of this year’s survey was that only 28% of South African CEOs expected to make moderate reductions in staff this year, while 42% expected to employ more people.

While few South African CEOs were optimistic about their own organisaion’s growth prospects this year, 86% of them would focus on increasing operational efficiencies, compared with 77% of CEOs globally and 65% of South African CEOs last year.

PwC found that South African companies considered neighbouring markets, including Botswana and Namibia, the most promising for their organisation’s growth over the next 12 months, along with the UK and Australia. The US, China, Germany and India remained the most important for market growth prospects for CEOs globally.

By: Mamaili Mamaila
Drive technology provider SEW-Eurodrive has supplied geared motors to an automotive company as part of an expansion project at its assembly plant in Silverton, Pretoria. →