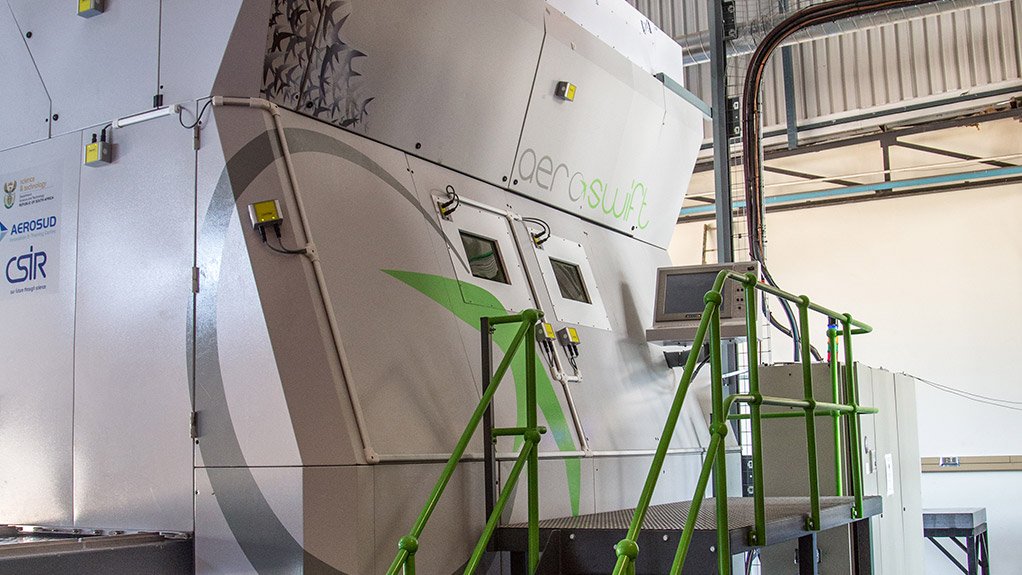 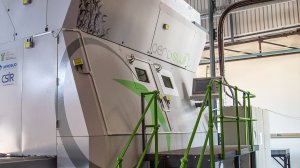 The world's biggest powder bed additive manufacturing machine is currently in its commissioning process in Pretoria. This is the Aeroswift machine, fruit of the Aeroswift project, a joint development by private sector company Aerosud ITC and the Council for Scientific and Industrial Research's (CSIR's) National Laser Centre (NLC). The project has largely been funded by the Department of Science and Technology.

"To our knowledge this is the biggest and fastest powder bed fusion system there is," Aerosud ITC additive manufacturing programme manager Marius Vermeulen told Engineering News Online. "The machine can make parts as big as 2 m by 0.6 m by 0.6 m, using a 5 kW laser system. The assembly of the system took about two years. We hope to complete the commissioning within the next six months."

Aeroswift will produce metal, particularly titanium, parts. "It's typical powder bed additive manufacturing," he explained. "You start with a CAD [computer aided design] part. Still on the computer, you slice that into very thin layers. These provide the patterns or images that the machine will follow as it builds up the part. In the machine we have metal powder and we can put down a very thin layer of this powder. We then use the laser and a scanning system and we melt the CAD image into the layer of metal powder. Then we lower the bed of the machine, add a new layer of metal powder and repeat the process. The end result is a container full of metal powder as well as the part. You remove the part and re-use the metal powder."

Powder bed fusion is one of two metal additive manufacturing (popularly called 3D printing) technologies. The other approach is directed energy deposition. In this, the material is deposited from the side as it is melted (whether by laser, electron beam, arc or some other method). The advantage of this system is that it allows the production of large parts. Its disadvantage is that it cannot produce complex parts.

Until now, powder bed fusion technology has allowed the production of complex parts, but not large parts. Aeroswift will significantly increase the size of parts that can be made with powder bed additive manufacturing. "In this programme, we [Aerosud ITC ] were more responsible for the mechanical systems, and the CSIR NLC for the optical systems." The machine is housed in a specially modified building on the CSIR's main campus.

The Aeroswift machine is a research and development platform and so it is over-engineered and over-specified in comparison to a straightforward production machine. All being well it will, however, be used to manufacture metal parts for production programmes, especially for the Aerosud ITC/Paramount Group joint Ahrlac light surveillance and attack aircraft programme. The current focus is on making flight-ready demonstration parts by the end of 2017.