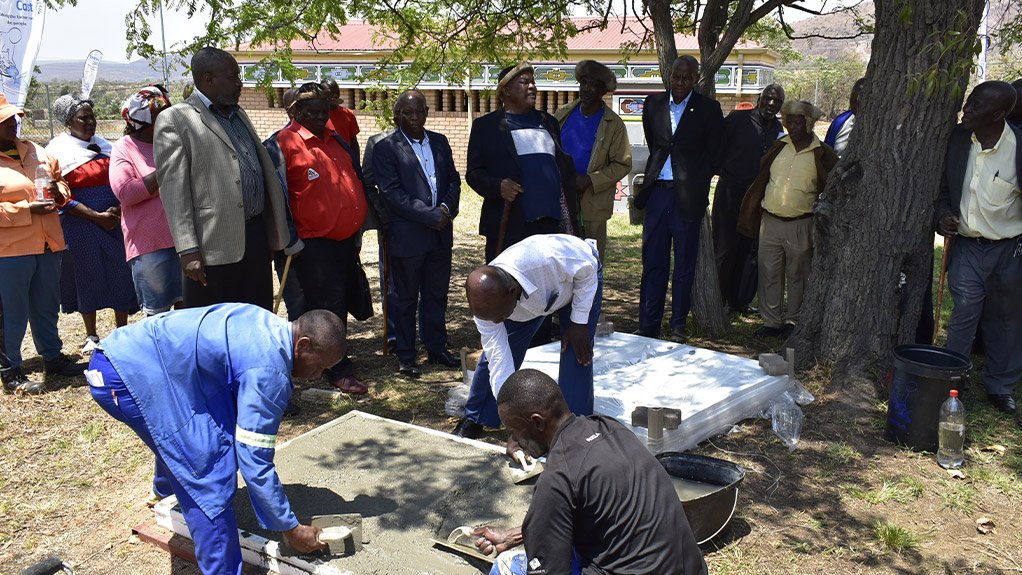 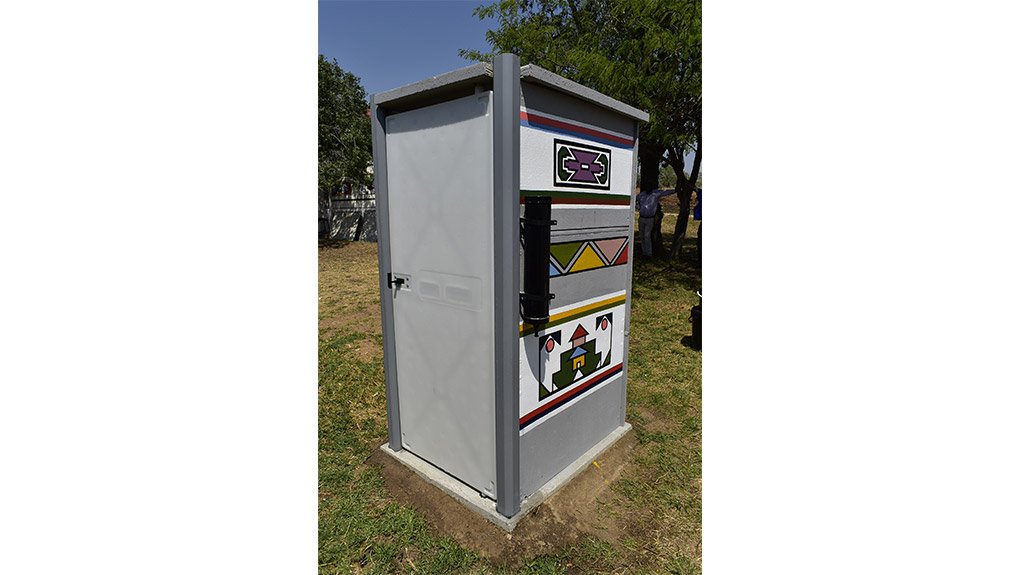 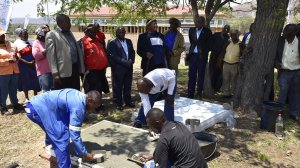 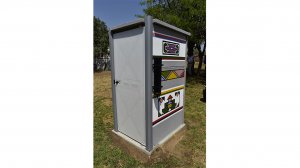 Showing support for the Linking Heritage Art to Sanitation Innovation campaign, Rocla recently handed over to the Ndebele Kingdom, an Easy Flush sanitation unit that had been painted in Ndebele art by King Makhosoke II’s own Ndebele artists.

“The importance of retaining the influence of heritage and culture is what shapes our identity, values and aspirations” said Malebusa Sebatane, Marketing and Communications Manager for the Infrastructure Specialist Group (ISG).

The handing over of the unit and casting of a new sanitation structure on site was conducted at a ceremony held at the Ndebele Kingdom headquarters at Engwenyameni (Klipfontein) late last year in the presence of the Ndebele King Makhosoke II.

The onsite ‘Community Casting’ was closely monitored by Maxwell Mathebula, the National Development Agency’s Provincial Manager for Mpumalanga. Maxwell expressed his departments support for such community empowering concepts and vowed to assist with the establishment of Co-ops within communities where ‘Community Cast’ is adopted by organs of state as their preferred service delivery model within their sanitation programs.

Rocla Product Development Manager Andre Labuschagne said “This unit was donated to the Royal Office complex of King Makhosoke II in Kwandebele. It was also used to demonstrate how job creation and the resulting improved sanitation for the Dr JS Moroka and adjacent regions can be achieved”.

“The Ndebele King is supportive of local economic development in his region and Rocla believes it can play a role in this kind of development through demonstrating how members of the community can be trained to both manufacture and construct the Easy Flush sanitation unit, thereby improving local skills and creating employment in the region” said Labuschagne.

The identity of the Ndebele community has always been expressed through their very colourful and unique artform. The roll-out of the ‘Community Cast’ project has embraced the rekindling of this unique traditional art style which in its own right offers potential economic opportunities for the Ndebele communities.

Rocla is currently setting up a pre-cast toilet manufacturing facility on behalf of a local SMME in Mkhondo, with more such facilities due to be rolled across the province.

Safe and hygienic, the Easy Flush sanitation unit from Rocla is the better option to replace the dangerous Pit toilet installations that are present in so many schools, particularly those in rural areas. As can be seen by the unit carrying the Ndebele art, these units can be used to brighten up school areas through creative

art and painting and are a good outlet for the creative talents of young learners. Sanitation areas do not need to remain unattractive and unsafe areas.

Rocla’s Precast Concrete Toilet unit is an effective solution to an essential need for South Africa’s high-density urban and rural communities. The cost-effective stand-alone unit has been developed to be used as either a leach pit configuration or as a full water borne systems.

In 2017, Rocla launched the Thuthukisa Initiative (meaning To Share) which works towards making pre-cast industry accessible to rural communities and SMME’s.

Rocla is part of the ISG which also includes Technicrete.