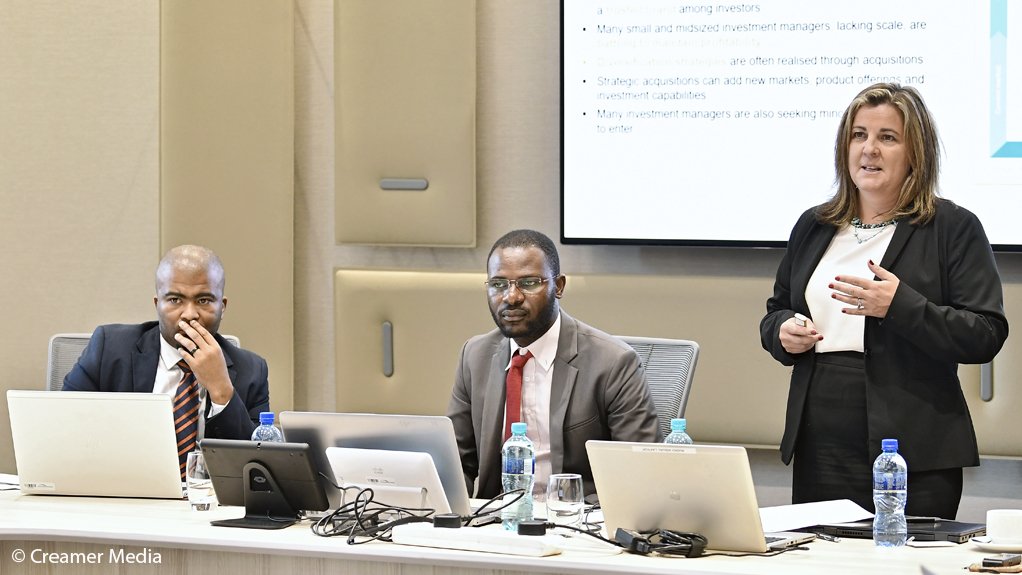 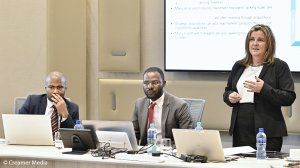 The recovery of global economic growth remains sluggish, even though it has stabilised, with the slowdown in the US and China expected to be more than offset by improvement in some of the large emerging markets, the UK and the Euro region, says integrated insurance solutions provider Alexander Forbes.

Speaking at a media briefing on Thursday, group chief economist Isaah Mhlanga said inflation was expected to remain stable, either at or below targets in advanced economies and trending lower in emerging markets.

“Consequently, monetary policy in many advanced economies is expected to remain loose, which will support global growth”, alongside the four biggest global risks from 2019  – the US–China trade deal, Boris Johnson’s victory in the UK elections, the de-escalation of the US–Iran tensions, and the US recession risks – now having been reduced, and having reduced appetite for risk assets.

Domestically, however, Mhlanga warned that South Africa’s constraints – electricity shortages, weak consumer demand and a constrained fiscus – remained binding, and contributed to the weak economic growth outlook of about 1% this year, and 1.5% in 2021.

To improve this growth outlook, he suggested the country would need to re-establish its fiscal credibility, implement structural economic reforms and attract fixed investment.

To achieve this, it would require the National Treasury to achieve the budget targets that it sets, faster implementation of the structural economic reforms, which has marginally been achieved so far. The success of the latter will attract fixed investment, Mhlanga added, “which will ultimately lift economic growth”.

Meanwhile, inflation outcomes surprised on the downside for most of 2019 and the outlook remains benign. The South African Reserve Bank (SARB) has cut rates by 25 basis points to 6.25% to boost consumer demand; however, Mhlanga cited the impact of this rate cut on economic growth as “negligible”.

Additionally, there is also still room for more cuts but the risk of a credit rating downgrade by Moody’s keeps the SARB cautious.

According to Mhlanga, the credit rating downgrade is largely priced in by financial markets such that the impact on asset prices would likely be limited. However, he warned that the macroeconomic adjustment, following the downgrade to subinvestment, was “usually painful and lasts for a very long time depending on the speed and extent of policy response”.

Recovery from a downgrade could take up to five years, or more.

Further, touching on the financial market performance and outlook, Mhlanga said the global asset class returns “have performed relatively well” in 2019, compared with 2018.

“Developed market equities, driven by US equities, outperformed emerging markets and local equities. Global bonds underperformed other global asset classes, which is a reversal of 2018 market dynamics where bonds performed better than equities.”

While the longer-term trend has seen moderating returns for this year, Alexander Forbes says emerging market equities “appear cheap and with stronger fundamentals”.

The most dominant of these themes included a consolidating asset management industry; regulation; entrenching sustainability and environment, social and corporate governance; and non-investment risks, such as cybersecurity.

Additionally, the monetisation of data analytics, a new breed of asset managers and alternative options in the mainstream are also influencing investors.

With regard to regulation, King said the “significant cost and complexity of compliance with the revised Markets in Financial Instruments Directive could even tip managers with tight margins into liquidation or consolidation, accelerating the trend towards a market with fewer, larger investment houses in Europe”.

King also believes this year will take its cues from a “turbulent 2019”, pointing to the negative share price reactions to investor activism and highlighting the tabling of climate change resolutions in 2019, a first for the JSE.

He noted, however, that merger and acquisition activity had increased across the sector, driven by broad-based black economic empowerment and consolidation.

This, Thubisi said, was as a result of a tougher trading environment, and an evolving market with expanded and differentiated product offerings.

“The move to either cash and bonds, private markets or balanced funds has affected the allocation to black managers.”

Additionally, a wider range of investors, including retail, will be able to access alternative investments as regulators allow regulated vehicles to be more widely distributed. Alternative asset classes will feature more prominently in institutional and retail portfolios.

“Looking ahead, a disruptive shift is emerging where a significant portion of investors expect to increase their active involvement in limited partnerships or access the asset classes directly rather than investing with external managers,” said Thubisi.