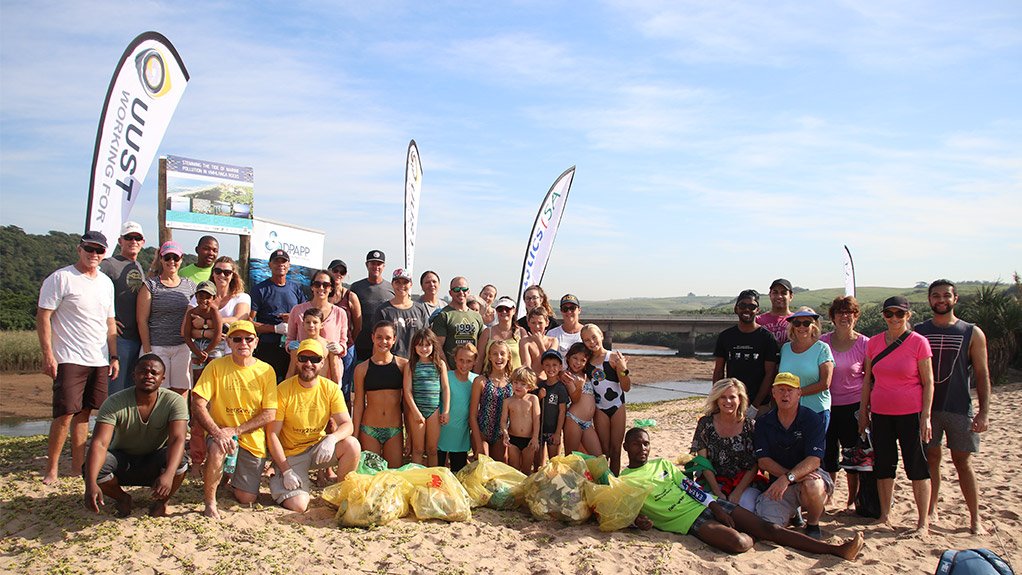 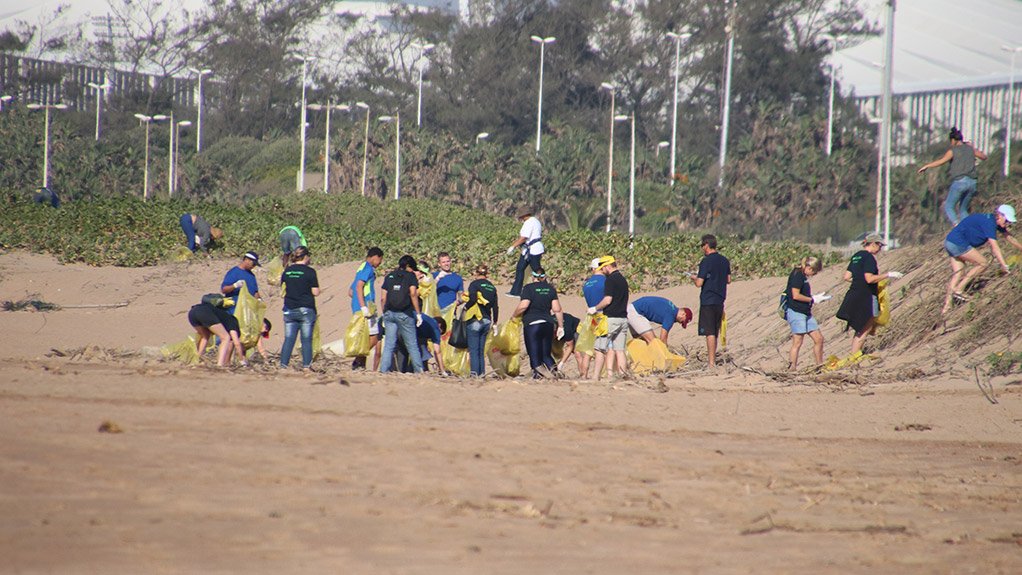 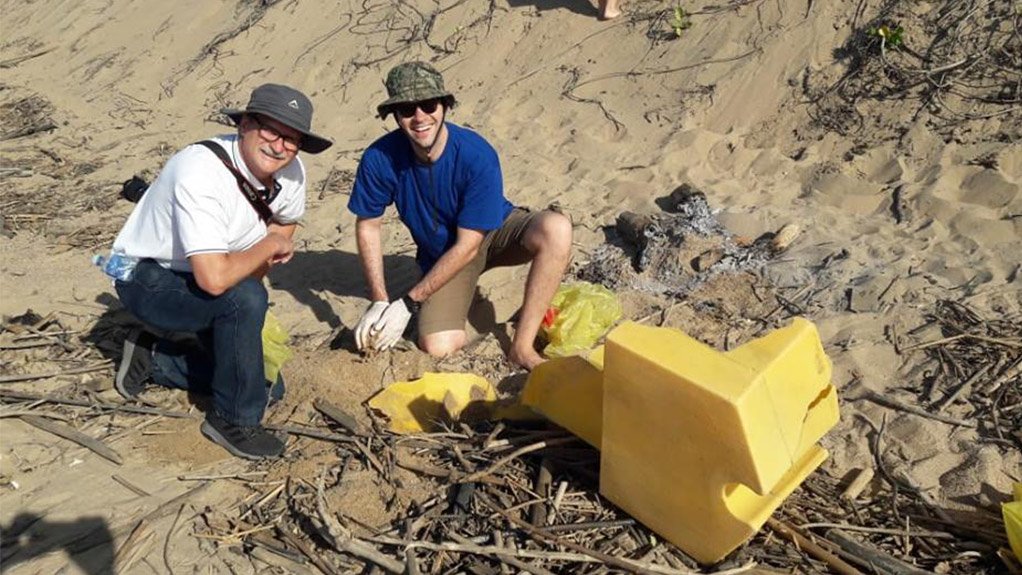 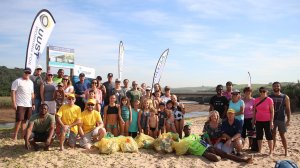 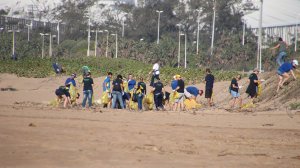 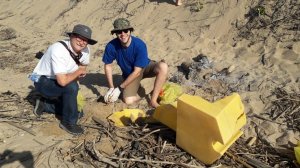 Plastics|SA used its participation in Sustainability Week (5-7 June 2018), World Environment Day (5 June 2018) and World Oceans Day (9 June) to raise awareness about the importance of keeping plastics pollution out of the environment.

Plastics|SA is the umbrella organisation representing the South African Plastics Industry and was one of the first signatories of the Declaration of the Global Plastics Associations for Solutions on Marine Litter, whereby 74 plastics associations from around the world have committed themselves to fight marine litter.

“Being actively involved in this past week’s numerous environmental activities gave Plastics|SA the ideal opportunity to physically demonstrate our commitment to finding sustainable solutions that will reduce the amount of plastics litter that ends up in the environment.  To achieve this, we have launched numerous projects in six key areas, namely education, research, public policy, sharing best practices, plastics recycling/recovery, and plastic pellet containment,” explains Douw Steyn, Sustainability Director at Plastics|SA.

Africa’s premier green economy forum, Sustainability Week, took place last week (5-7 June 2018) at the CSIR International Convention Centre in Tshwane.  One of the major themes at this year’s event was the sustainable development in Africa.  Plastics|SA hosted a “Beat Plastic Pollution” Workshop on the opening day of the Week, which attracted much local and international attention.

“The issue of tackling plastics polluting the environment is at the top of the global agenda of the packaging industry, governments and environmentalists around the world. There is a surging momentum in global efforts to address this issue, and Plastics|SA is adding its voice to the calls for the implementation of proper waste management systems and responsible human behaviour in order to see less plastics ending up in the environment and our oceans,” Steyn said.

This sentiment was echoed by Cecilia Njenga of the UN Environment, who told delegates attending the workshop that the African Union has set an ambitious aspiration for African cities to recycle at least 50% of generated waste by 2021.  “However, if we are to reach this objective, we are going to need policymakers, industry role players and private citizens to work together in order to rid the African continent of its litter problem,” Njenga said.

The Africa Waste Management Outlook compiled by Prof Linda Godfrey, Principal Scientist at the CSIR on behalf of the UN Environment was also launched during this event.  Godfrey confirmed that Africa has become a dumping ground for waste – particularly hazardous waste - which often originates from developed countries.

“Currently only 4% of the waste generated in Africa is recycled. The good news, however, is that a growing number of governments are taking action and demonstrating that all nations, whether rich or poor, can become global environmental leaders,” she implored.

CLEANING UP KZN BEACHES AND MANGROVES

Plastics|SA teamed up with SAGE foundation and the KZN Marine Waste Network in Durban to host a #WorldOceansDay cleanup at the Beachwood Mangroves in Durban, KwaZulu-Natal.  More than 120 people volunteered their time and effort to pick up litter in the mangroves situated at the mouth of the Umgeni River in Durban North.

Beachwood Mangroves Nature Reserve is a 76-hectare reserve with the largest population of mangrove trees in the Durban area, providing an important living, breeding and feeding habitat for birds, fish and other creatures.

“The mangroves are a nursery area for many species of fish which eventually return to the ocean as adults. It is therefore important to keep this area as clean and litter free as possible to ensure that the marine animals do not ingest any broken down pieces of plastic,” Steyn explained.

Plastics|SA joined forces with environmentalists north of Durban, to fight ocean pollution by installing a litter boom at the Umhlanga lagoon. The boom was designed to trap litter and prevent it from entering the ocean and was launched in celebration of World Oceans Day on Friday.  This initiative was driven by the Umhlanga Urban Improvement Precinct, Plastics|SA, DPAPP, Durban Green Corridor, Umhlanga UIP, Upper Umhlanga Security Trust, KZN Recycling Forum, USE–IT, Tetrapak and DPI Plastics who sponsored the pipe needed to make the boom.

“Our aim is to reduce the amount of litter that washes into the sea from the Ohlanga river. The litter boom floats on the surface of the water and acts as a trap that prevents all the floating litter from washing down into the estuary and into the sea. It then allows for that litter to be collected at one point,” Steyn explains, adding that the device does not pose a risk to any species found in the lagoon.

On the same day, a beach clean-up was organised by The Winds of Change Group and Point Yacht Club, who, between them, collected 400 bags of litter. Plastics|SA sponsored a public shark dissection and education session which took place on the Umhlanga Main beach, hosted by Steven Mabugana from Aqua Amazing.

WORKING TOGETHER TO MAKE A DIFFERENCE

“This past week was an incredibly busy, but exhilarating time for the Sustainability Team at Plastics|SA.  We showed that the local plastics industry is serious about taking action and working with all role players to beat plastics pollution.

Plastics is a miracle material that is able to help save lives with its use in medical products and leads to safer food storage. For this reason, our message is clear:  Plastic isn’t the problem. It’s what we do with it. Special environmental days help us to focus the spotlight on the importance of individuals, governments, the public and the private sector partnering with one another in finding solutions that will reduce the heavy burden of plastic pollution on our natural places, our wildlife and our own health.

We may not be able to change everything, but even the smallest action – such as recycling your plastics - ends up having lasting positive benefits for our environment. Together we can make a difference!” Steyn concluded.