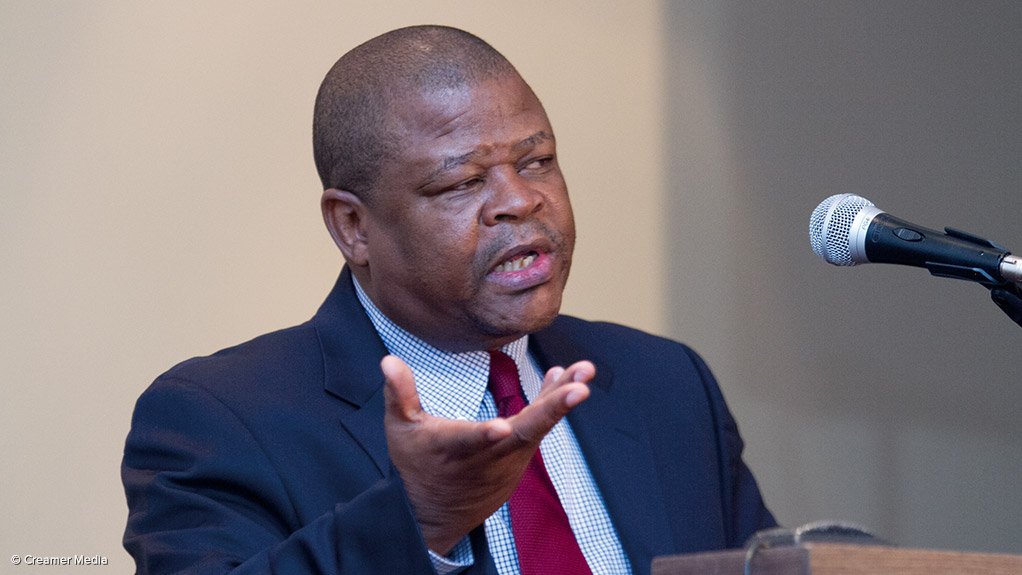 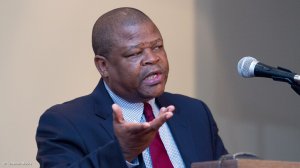 The only thing that was holding this back, he said, was negotiations with the eThekwini municipality, which wanted to ensure that the TNPA did not build a white elephant and that the terminal would contribute to the economic development of the city.

The situation was very similar to that in Cape Town where Morwe said plans to integrate a passenger cruise terminal into the V&A Waterfront were also being delayed by attempts to connect with that city’s development objectives.

He pointed out that, as both landlord and master planner of ports in South Africa, it was necessary for the TNPA to be a change agent. One of the many historical challenges it had inherited was the fact that the port authority’s planning and that of cities within which major ports were located had taken place in isolation.

This, he added, not only had implications for meeting the TNPA’s objective of making South African ports far more people friendly, but also for the expansion of ports along South Africa’s coastline to be coordinated.

Capacity creation, for example, was not where it should be and was taking place in bits and pieces.

“At present, most investments are inwardly focused. Now, the TNPA is working more closely with cities to ensure that their needs, as well as those of industry, [are met],” he said.

Morwe said plans at the Port of Richards Bay included looking at the establishment of a liquefied natural gas (LNG) facility there. The TNPA was also working with the industrial development zone in the area to ascertain what the needs of local industry were, as well as testing the market to see if there was “an appetite for a floating dock.”

When it came to Durban, he said the priority was ensuring that the port was fluid and that the length of stay of ships in port was minimised. To achieve this, it was necessary to provide additional capacity.

He indicated that the TNPA was about to present a strategy to optimise operations at Island View, which would also address rail and road accessibility. He said the authority was considering creating a rail terminal there.

Work on the aged infrastructure at Maydon Warf would continue with long-term plans to transform this into a logistics hub.

Morwe said there was a need to reconfigure the notorious road network leading into and out of the port. Most importantly, this needed to be carried out in conjunction with the city.

He added that the TNPA was also looking to boost boat building in Durban and had awarded a R2-billion contract for the construction of its new tug fleet to a company there. This would create a production line and ensure that all TNPA tugs and pilot boats were manufactured in South Africa.

Simultaneously, the ports authority would continue to look at the development of the dig-out port on the old airport site. Once completed, this would have a capacity to handle ten-million twenty-foot equivalent units.
In East London, he said plans were to develop and refurbish liquid bulk facilities and boat building.

Meanwhile, Morwe cited Coega as an example of what a port authority should be doing and expressed confidence that development would begin to move up the river. He said field studies were under way for the construction of a new manganese terminal. This could handle six-million tons as opposed to the current terminal in Port Elizabeth which handled five-million tons and would ultimately be closed when the new facility came on stream.

The transfer of the manganese terminal to Coega was at the request of the Nelson Mandela Bay municipality, he stressed.

Plans for Port Elizabeth focused on transforming it into a cleaner port, which focused mainly on cleaner cargoes such as vehicles and fruit. They were also working towards a waterfront development in conjunction with the host city.

He said plans were in place to transform Mossel Bay into a base for national oil and gas company PetroSA’s activities. A waterfront development was also being considered and the TNPA was working with local authorities on this.

Morwe highlighted that, in Cape Town, the focus has been container traffic. The TNPA had observed a decline in break bulk cargo and was looking at converting the current break bulk terminal into an extension of the newly expanded container terminal.

Rationalising operations to create more capacity for the handling of oil and gas rigs and vessels was also on the cards.

In Saldanha Bay, the focus had always been on exporting iron-ore.

In close collaboration with the host city, the TNPA was working on overcoming a key challenge in the form of the environmental impact this was having. Investigations were also under way to make this the LNG hub, as well as the departure point for an LNG pipeline linking to Coega, Morwe explained.

He said R8-billion had been set aside for development up until 2021. Already, two licences had been issued for storage and transportation of liquid petroleum gas. The TNPA was also building another berth to accommodate more rigs and oil supply vessels. There was a strong possibility that many of the proposed projects would be fast-tracked.

According to Morwe, preliminary investigations were also under way for the creation of a new port in the Northern Cape, just south of Port Nolloth. He said a delegation had just returned from a visit to ascertain the possibilities.