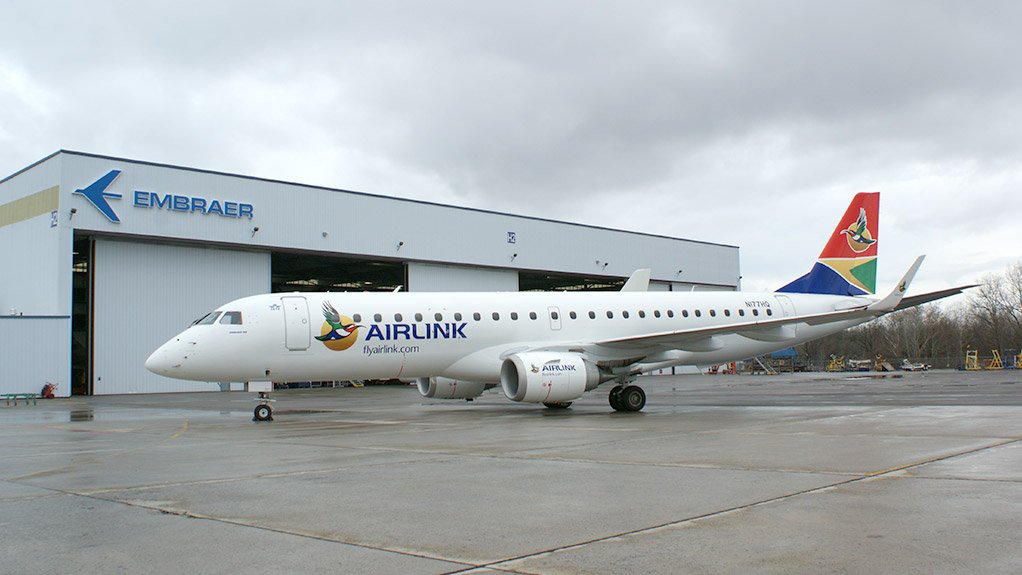 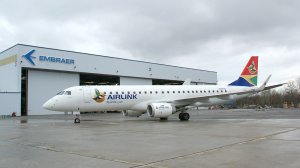 Photo by Airlink
An Embraer E190 airliner of Airlink

South African private-sector airline Airlink, which, for some time now has had a franchise agreement with State-owned flag-carrier South African Airways (SAA) – which is currently under business rescue – announced on Thursday that the two airlines had replaced that franchise agreement with a new commercial relationship, which would come into effect on June 11. One consequence of this change in relationship is that Airlink will no longer use SAA flight codes (with the prefix SA8), instead adopting its own, unique, flight code, which will be prefixed 4Z.

“While we intend working with SAA’s business rescue practitioners to find a solution that enables SAA to continue its important role in the Southern African market, we have a responsibility to take action to preserve Airlink’s viability as a financially-robust, independent and privately-owned airline,” stressed Airlink CEO and MD Rodger Foster. “However, should SAA’s circumstances worsen, then Airlink will activate the transition sooner – immediately, if necessary.”

With its own flight code, Airlink will be able to develop new routes and flight frequencies on its own. It will also be able to enter into new agreements with major international airlines. It will allow the airline to increase its commercial reach.

“Marketing and selling flights under our own 4Z code is an exciting development for Airlink as we propagate our business and take advantage of new market opportunities,” he said. “At the same time, we will be able to strengthen our vital partnership with SAA.”

Tickets with 4Z flight codes were available from Thursday. Customers who already have SA8 flight-coded tickets for flights from June 11 onwards will need to be re-accommodated by Airlink but, otherwise, their tickets will remain valid.

“We sincerely regret any short term inconvenience these changes may cause for our customers,” he assured. “This represents the best way to ensure we continue serving all our passengers in a seamless manner, whilst also securing the best interests of Airlink, its customers, employees, suppliers and shareholders for the future.”