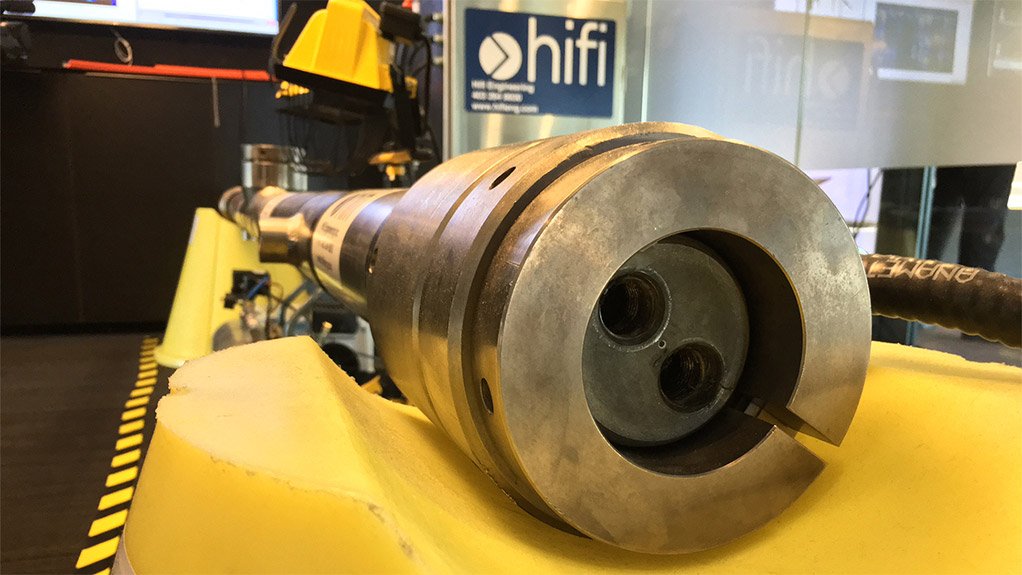 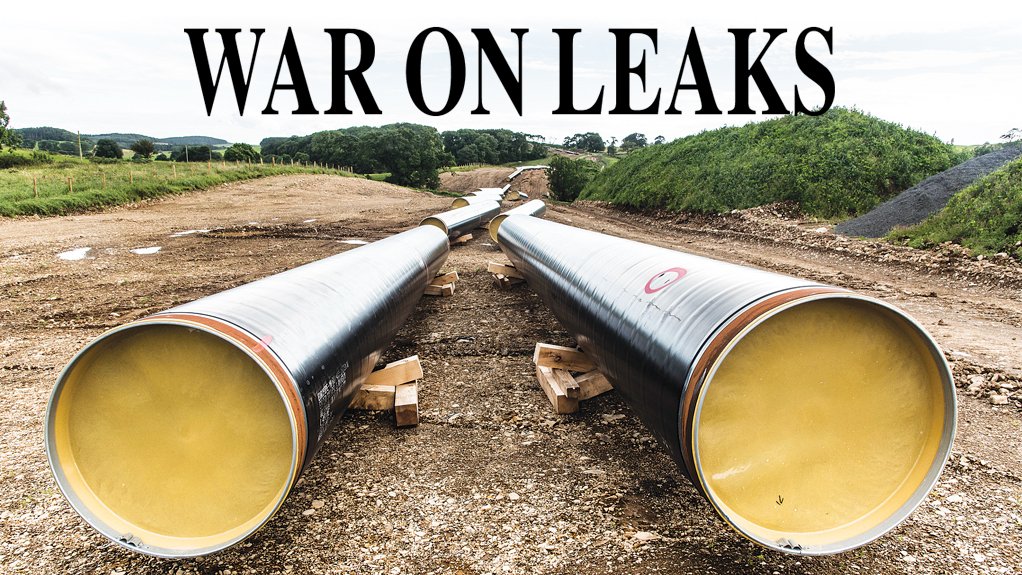 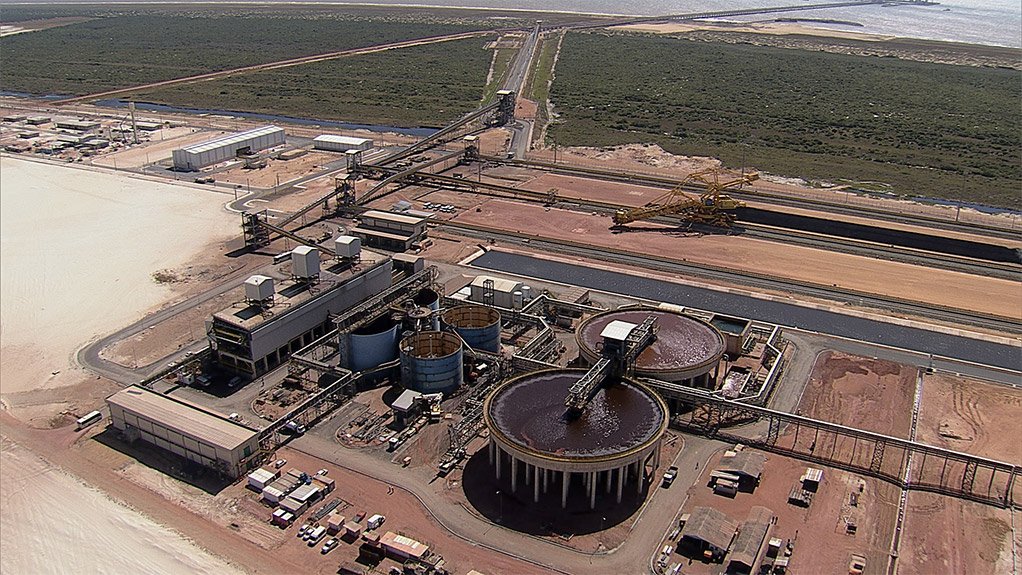 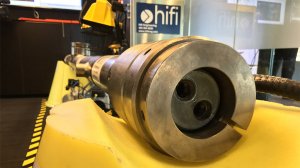 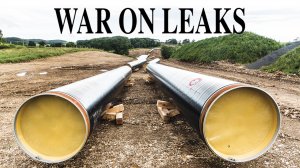 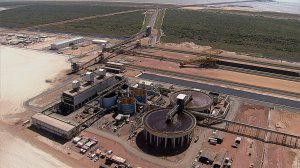 Fibre optics were invented to carry huge amounts of voice data over long distances very efficiently, but advancements in optical technology have enabled the use of specialised fibre-optic cables as sensors with the ability to measure parameters such as acoustic energy, temperature, strain and vibration along the pipeline, continuously and with high precision, says Calgary-based Hifi Engineering CEO Steven Koles.

The capability of continuously gathering data about these parameters over several kilometres of fibre simultaneously is called distributed monitoring.

“By installing a fibre-optic line directly along a pipeline or wellbore, we have a very effective sensor for critical applications such as pipeline leak detection and prevention, asset and perimeter security, and precise fluid flow measurements,” notes Koles.

As fibre-optic sensing is still in its infancy, there is significant adoption potential, given the distances and the distributed nature of mineral conveyance assets, including pipelines and conveyors.

Mining pipeline leaks have been in the spotlight of late, particularly following the suspension of the Anglo American Minas-Rio iron-ore mine’s pipeline that carries slurry over 530 km to a port in Rio de Janeiro, Brazil.

Following the discovery of two leaks in March, the miner said it would halt operations for three months, but, in late April, Anglo American noted that the mine would remain closed until the fourth quarter. The 4 km section where the leaks occurred would be replaced as a precautionary measure in the fourth quarter, followed by the restart of the operation. In its interim results, released last month, Anglo American noted that “detailed pipeline inspection work is on track”.

The miner significantly reduced Minas-Rio’s full-year production guidance from between 13-million tons and 15-million tons to three-million tons, and is expecting an underlying loss of between $300-million and $400-million.

Reuters noted that Brazil’s federal environmental regulator, Ibama, levied fines of $21.1-million, related to two spills, against Anglo American, in addition to a $37.3-million fine imposed by the Brazilian state of Minas Gerais.

Other pipeline incidents include Norwegian aluminium producer Norsk Hydro’s Alunorte alumina refinery halving production over concern that a rainstorm had caused leaking and contamination of a nearby river in Brazil’s northern Amazon region, in February.

Reuters reported in April that competing miners had also decreased their production after experiencing their own leaks.

Additionally, Indonesia’s State oil company, Pertamina, reported a cracked underwater pipeline as the cause of an oil spill off the coast of a port city on Borneo island in April.

Reuters noted that the spill sparked a fire that killed four people, and that Balikpapan city had declared a state of emergency at the time.

These incidents demonstrate the far-reaching economic, environmental and societal impact of pipeline spills, and illustrate why companies should attempt to circumvent them by taking preventive measures.

THE CHALLENGE
In a 2016 report on pipeline monitoring, then General Electric (GE) Canada chief innovation officer Gandeephan Ganeshalingam noted that conventional leak detection entailed above-land surveys, which included walking the line, flying over the line using a drone or helicopter, or smart-balls. “These surveys, though thorough and comprehensive, are not continuous and may therefore miss a leak or spill,” he commented.

He noted that conventional monitoring comprised sensors at specific points, which supplied limited, location-specific data, instead of a comprehensive view. Moreover, “the sensors can generate false alarms, creating unnecessary work and expense, while driving operator fatigue in the pipeline operator’s control room”.

Koles notes that Hifi’s offering is not new, as there are a variety of other fibre- optic sensing interferometry approaches. However, its approach has evolved beyond the conventional sensing approach, which is likely what made it attractive to GE.

Therefore, instead of using a fibre-optic platform designed for communications, Hifi uses a specialised fibre-optic sensor which was designed for sensing, thereby providing a more accurate, effective and integrated sensing approach.

He explains that the data is analysed in real time and compared with ‘normal’ pipeline operations. “The high-fidelity sensing enables the system to determine true anomalies from normal operations. These anomalies can be generated into event alarms for abnormal thermal events, security intrusion or third-party interference, abnormal strain or vibration and leak events on the pipeline.”

Koles states that Hifi’s differentiation and value proposition are based on having the highest SNR available and optimising the optical architecture for long-distance assets.

As a result, Hifi’s high-fidelity dynamic sensing (HDS) is applicable for any product under pressure in a tube structure, making it appropriate for the oil and gas, mining and water industries.

“Much of the data analysis, or edge analytics, comes from Hifi’s HDS software algorithms, which process significant data streams in real time . . . any resulting event data generated by the software is presented through GE’s Predix software, which is used as a control room interface. The combination of Hifi’s HDS technology and GE Predix is branded Vigilant,” Koles explains.

On-pipe deployments provide the best SNR for new pipeline builds or integrity digs where there is an open trench.

Near-pipe deployments are appropriate for new builds where it may not be practical or economical to strap the conduit to the pipe. They are also most cost effective for a new build.

INSTALLATIONS
Hifi has deployed 400 000 m of cable in North America over the past three years, says Koles, adding that it is also involved in a number of projects – currently at the planning stage – in South America, Europe, Africa and Australasia.

Two examples of Hifi’s deployments include a pipeline deployment where the operator was concerned about the strain on hillside topology where significant rainfall was creating slough-based erosion.

“Hifi’s HDS technology was installed on-pipe and in the ground a few metres away from the pipe to differentiate pipe-based movement from ground-based movement.”

Koles notes that the independent fibre- optic sensors have proved to be very valuable for monitoring the hillside over the past two years. “Last year, a 3.0 earthquake was detected and the amount of differential strain on the pipe, compared with the ground movement, assisted the pipeline operator in his decision on whether or not to preventively shut down the pipeline.”

Another installation was for an operator whose pipeline experienced a significant leak event, which has since motivated the company to apply Hifi HDS as a design standard to all its new pipeline builds.

“Deploying very long distance optical architecture of over 150 km required a significant amount of detailed configuration, testing and planning. Compiling data streams over such a vast distance in real time was also a significant challenge in processing and presentation,” notes Koles.

Other challenges included the placement of conduits between multiple pipes in the trench, as well as the injection of fibre- optic sensors into empty conduits with the pipelines over long distances.

Koles notes that, while Hifi has developed its HDS technology for preventive leak detection on pipelines, it could find many other uses for the distributed technology, including flow detection, pig tracking, security monitoring, smart infrastructure application and a variety of other applications.