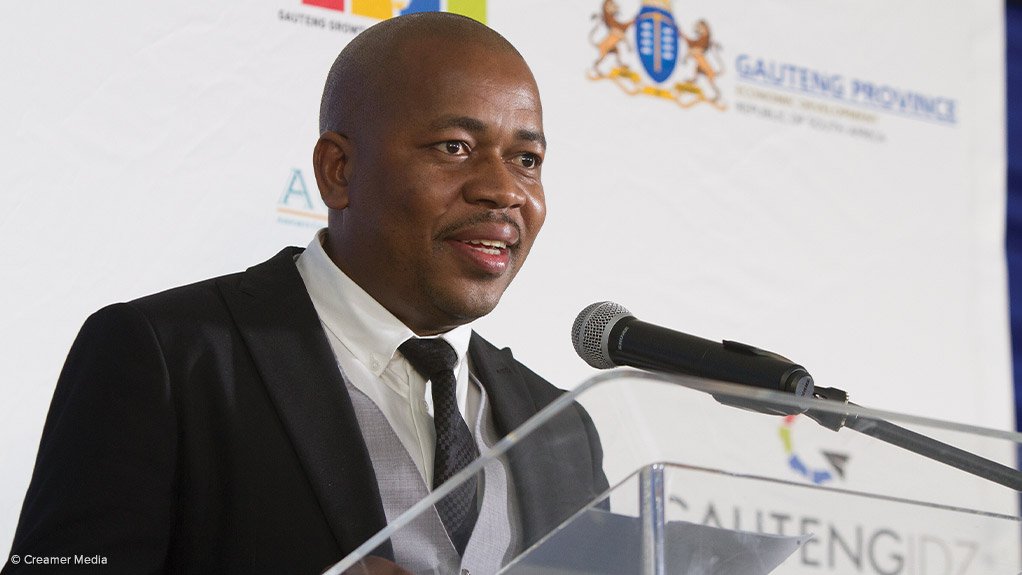 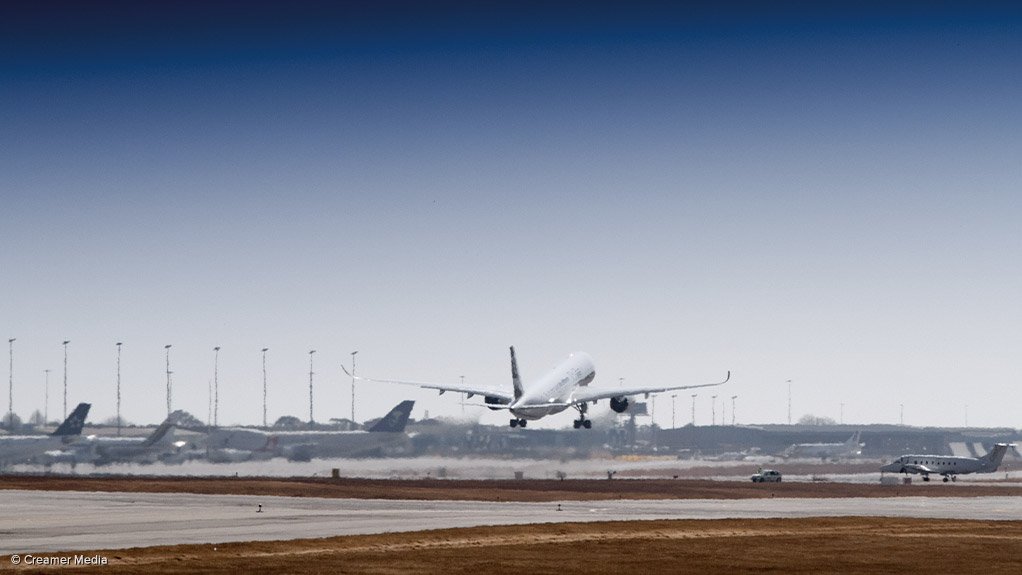 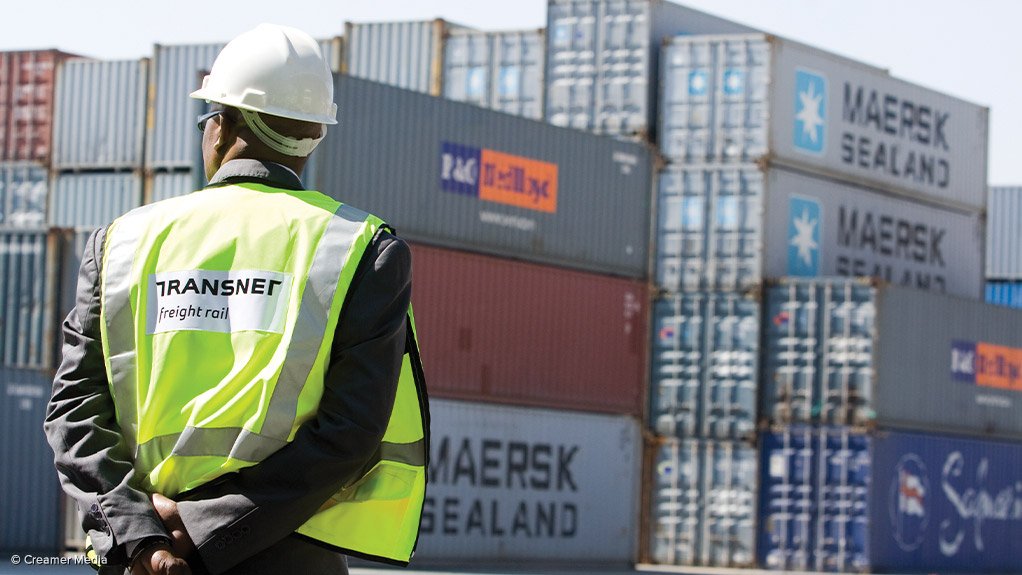 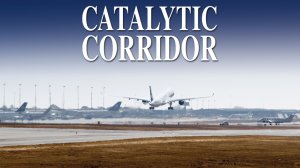 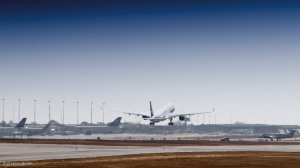 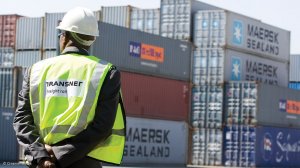 The Albertina Sisulu Corridor – which links the Johannesburg central business district (CBD), OR Tambo International Airport and Pretoria – is benefiting from the establishment of public–private partnerships (PPPs) and infrastructure investments designed to facilitate the implementation of the 30-year Ekurhuleni Aerotropolis Master Plan.

The aerotropolis is expected to generate a socio-economic impact of about R8.1-billion a year, and Ekurhuleni executive mayor Mzwandile Masina describes it as a “game-changing intervention” that will act as a catalyst for spatial, economic and social transformation.

The cities of Ekurhuleni and Johannesburg, together with the Gauteng provincial government and the State-owned Airports Company South Africa (ACSA) are key stakeholders in the endeavour, and have sought to identify projects that will catalyse the development of the corridor and the aerotropolis.

For the most part, funding for the projects is meant to arise from strategic PPPs between government, development finance institutions, property owners and developers, as well as private investors.

If successful, the mayor’s office estimates that the aerotropolis could create 581 000 additional jobs, about 169 000 of which will be in trade (retail, tourism, and culture), about 100 000 in transport (logistics and distribution), some 80 000 in manufacturing (primarily related to aviation and aerospace manufacturing) and about 26 000 in construction.

During his State of the City address earlier this year, Masina noted that the city allocated an additional R570-million for the implementation of the Aerotropolis Master Plan. However, the initiative is also dependent on provincial resources, particularly those that can be used to fund transport infrastructure.

Roads and Transport MEC Ismail Vadi, in his 2018 Budget speech, reported that the planned construction of the PWV15 highway – the first major highway construction in the Gauteng province in 30 years – will support the development of the aerotropolis and the Tambo-Springs Freight Hub, ease traffic congestion at the Gilloolys and Geldenhuys interchanges and “stimulate economic growth and greater residential and business densification along its route”.

At the time, he noted that the department was in discussions with the provincial Treasury to secure adequate funding, but has since indicated that private-sector financing will have to play a major role.

The PWV15 is expected to be completed in three phases over the next decade. The 35.5-km-long dual carriageway’s preliminary designs were completed between 1981 and 1996. Its most recent design phase was scheduled for September 2018.

Having allocated R2.5-billion for transport infrastructure in the 2018/19 financial year, the department has prioritised a significant amount for the facilitation of the aerotropolis, which Vadi believes is the “single most important development in Ekurhuleni”.

It has also sought to establish freight logistics hubs as part of the broader Durban–Free State–Gauteng Logistics and Freight Corridor Development.

In terms of the Tambo-Springs Hub, the department last year conducted a study on the surrounding road network. The study indicated that the existing and future roads required realignment, design, environmental-impact assessments (EIAs), water use licence applications, widening and construction at different phases of the logistics gateway development.

The primary link to the proposed Tambo-Springs Logistics Gateway from the N3 is the planned K148/N3 interchange.

So far, the K148/N3 interchange detail designs have been completed and are awaiting approval from multiple parties, including an independent design check.

The K148 intersects the N3, Heidelberg in an east–west direction. The road is expected to be completed in the 2020/21 financial year.

The K60 access road to Ivory Park and Tembisa is supposed to form a link between Kempton Park, Tembisa and Fourways, and has been delayed.

The upgrade of the Ivory Park–Tembisa portion of the K60 road includes a single carriageway and was to be completed during the 2017/18 financial year. Its construction was hindered by delays in appointing land surveyors.

Additionally, the Ivory Park–Fourways portion has been delayed, owing to a lack of funds at the City of Johannesburg.

The K60 is also partly funded by property development company Attacq. As reported by Engineering News last year, Attacq head of sustainability and infrastructure Werner Mulder expects that the K60 “will have eight lanes, with four lanes in each direction [and] a dedicated bus lane; it will also require two bridges to be constructed, one for each carriageway across the N1, and will be a significant east–west connection”.

Meanwhile, the K105, also known as the P38-1, was supposed to be upgraded to a dual carriageway – incorporating provisions for the Bus Rapid Transit system – during the 2017/18 financial year.

A delay in receiving the EIA approval has resulted in the department postponing the completion of K105 to 2018/19.

Fortunately, delays have not derailed the upgrading of the transport network surrounding City Deep – the largest inland trade port in South Africa – with four of seven planned projects completed before the end of 2018.

Masina notes that the city is looking into the development of the Western Airport Precinct (WAP) – a mixed-use development comprising office, retail, hotel and other “profit generating” uses.

The city looks to partner with ACSA and private investors to fund the development of an International Convention Centre within the WAP.

The idea forms part of the city’s vision of a tourism network centred on the Liberation Heritage route, which currently includes the OR Tambo Cultural Precinct, in Wattville, and the Chris Hani Museum.

He notes that the city is planning to incorporate the site of the Convention for a Democratic South Africa negotiations – held at the World Trade Centre, in Kempton Park – into the Heritage Route.

The city, as part of its drive to support the aerotropolis and enhance Ekurhuleni’s sustainability, efficiency, mobility and industrialisation, has embarked on Urban Design projects, which include the revamping and upgrade of several precincts, including the Bredell Precinct, the Kempton Park CBD Precinct and the Dries Niemandt Precinct, all of which are in the vicinity of OR Tambo.

The precincts will function as agricultural, economic and transport hubs respectively.

Additionally, the city has partnered with property developers to establish mixed-use and logistics hubs along the Albertina Sisulu Corridor.

The city worked with the family-owned Riverfields Development Company, as well as JT Ross, to establish the hub. The latter worked on the establishment of the Plumbago Business Park and Plumbago Logistics Park.

Nkuna notes that Riverfields is planned as a “sustainable integrated human settlement” and, as such, will provide social, health, educational and recreational facilities.

Meanwhile, the S&J Industrial hub, which will span 210 ha at its peak, broke ground in 2017; it is located in Germiston.

Its primary aim is to establish an industrial centre focusing on manufacturing, warehousing and distribution; however, proposals for mixed-uses including commercial and office space are being considered.

The private companies have also been involved in infrastructure development to support the project, and this has included funding the construction of Gosforth Road extension – where construction started in 2017 and was completed on schedule in September last year.

At the time, Redifine noted that the R50-million extension and the construction of the new Europa street would assist in alleviating traffic and complement the surrounding municipal network, enabling faster travel time.

The partners also allocated R80-million for the provision of bulk sewerage infrastructure, water mains and the required substation to facilitate development.

The city’s planned hubs include the GreenReef and Lordsview developments.

The former would be located at the intersection of the proposed PWV13 and PWV 14 highways and would be accessible from the R21. Nkuna notes that the development is 3 km from OR Tambo and is expected to be a high-density residential development, incorporating micromanufacturing, retail, leisure, business and educational nodes.

The 350 ha development will comprise 20 000 housing units and access to parks, schools and libraries.

“The area is in the manufacturing and development heartland of Ekurhuleni, just south of the N12 between Germiston and Boksburg. The main commuter railway line between Benoni/Boksburg and Johannesburg crosses the site. Pretoria road and Rietfontein road are both arterial roads allowing access to the N12 freeway, located some 3 km to the north.”

Meanwhile, Lordsview Industrial Park is designed to reduce transport costs and streamline the supply-chain process, as an environmentally friendly and eco-sensitive industrial and logistics park.

Nkuna notes that it borders the N1, has access to a large workforce in surrounding areas and is located just 12 km from OR Tambo airport. It has reached about 76% occupancy at present.

She notes that the city is still looking to partner with potential investors for projects in all these hubs.

Masina adds that, while progress along the Albertina Sisulu Corridor has been gradual, the value of the projects planned and undertaken cannot be understated. He also reaffirms the importance of PPPs and multistakeholder development if the potential of the EA is to be realised.