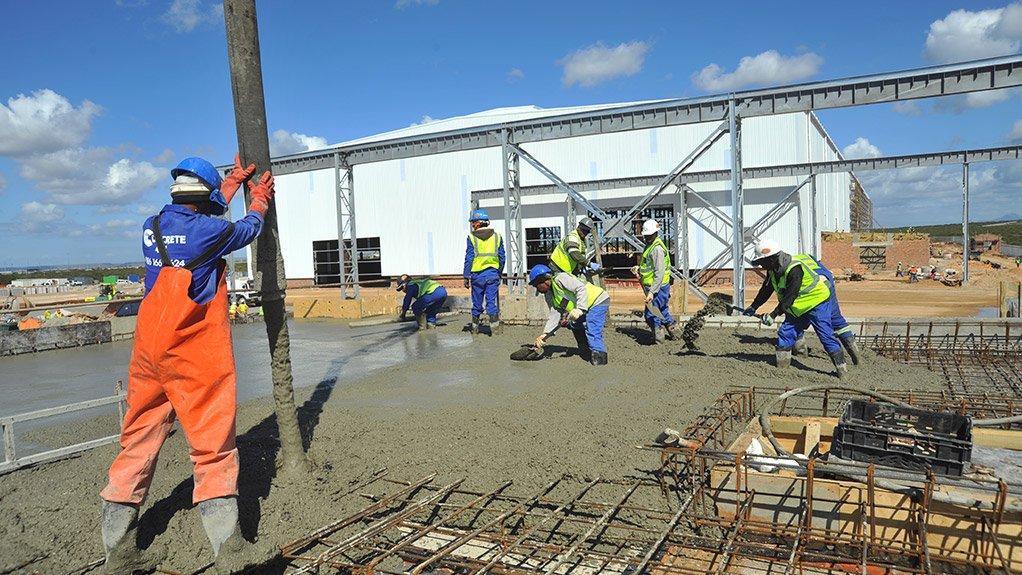 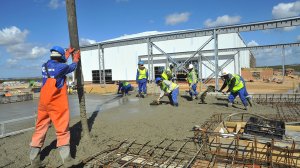 The 23 000 m2 factory, which was being built by construction company NMC, was located in Zone 3 of the Coega IDZ and was aimed at supporting the localisation of wind tower manufacturing in South Africa.

Once completed the DCD Wind Tower manufacturing facility would produce complete tubular steel towers, which included the manufacturing of the round steel tower sections from flat steel, welding flanges and assembling the inner parts of the towers.

The wind turbine towers produced would vary in size from 80 m to 120 m, with individual sections weighing between 40 t and 60 t.

“The aim is to have the facility up-and-running in under 11 months after construction started in March, so that the DCD group is able to supply its first two customers by February 2014,” CDC infrastructure project manager Bruno Ponzo said.

Meanwhile, professional services provider WorleyParsons design technologist Frans Namuhya stated that the next few months would “be tight” as the company reviewed the timeline to gain ground on time lost owing to the construction industry strike.

“We have had to revise our schedule and increase the [working] hours and labour force to achieve our targets. We faced some challenges, but we also realised some noteworthy engineering feats that allowed us to fast-track the project – such as the design, creation of shop drawings and the manufacturing of steel that was cardinal to the successful delivery of the factory,” said Namuhuya.

“The galvanised-steel lattice column design used also allowed for a quick construction time considering the high-speed nature of the project,” he added.

Ponzo further pointed out that the factory also promoted the green objectives of the renewable-energy sector with its green building features.

“An example of such is the introduction of natural light shafts in the facade walls and the use of passive natural ventilation elements. The on-site offices will also use solar control devices and performance glazing to reinforce the aesthetic aspects of the structure,” he noted.